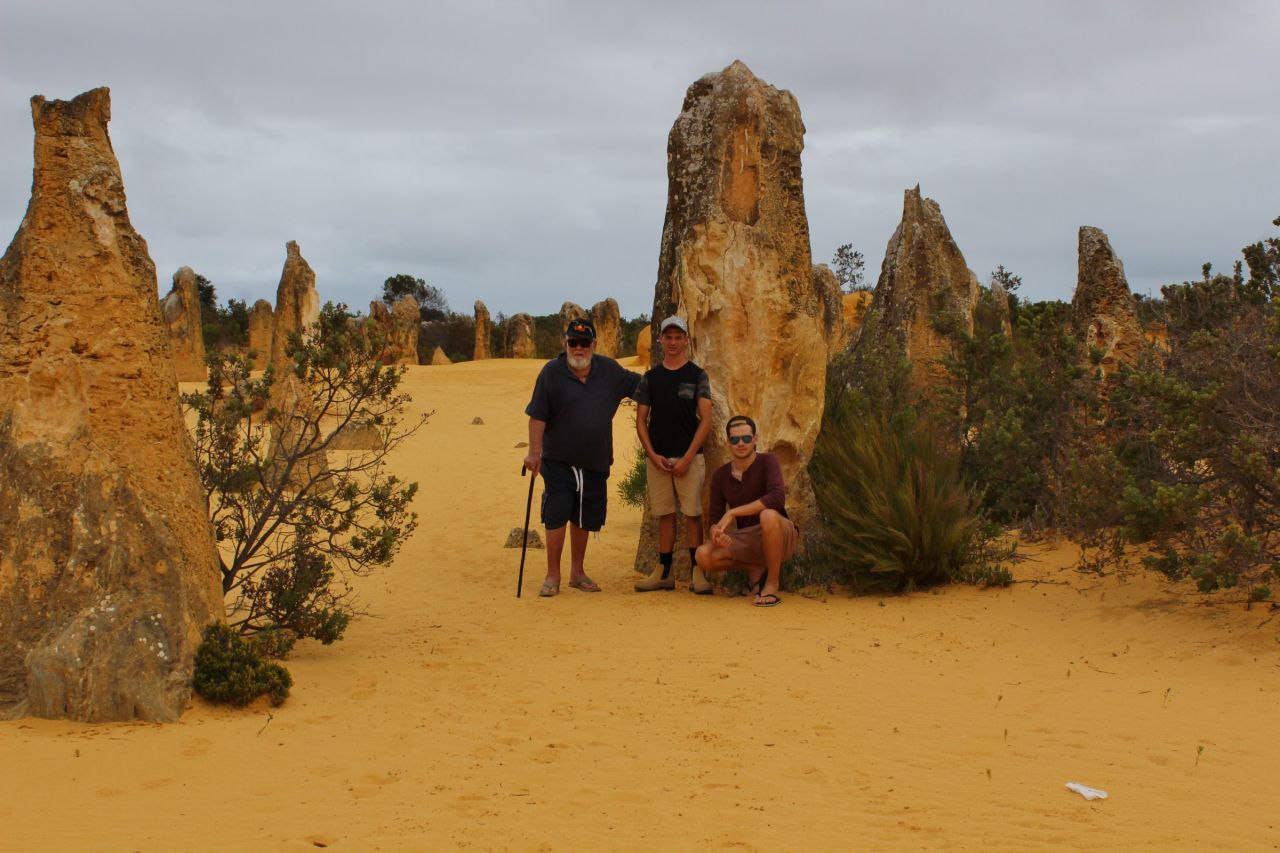 Mr Shaw told the Ranger’s many significant cultural stories, but one that really stood out was about the Aboriginal warriors that entered the area where the Pinnacles are found today after their Elders told them not to go to the area.

Mr Shaw said that because the Warriors disobeyed their Elders, they were then faced with serious consequences.

“Many warriors sunk in the sand, only leaving their fingers protruding, while some warriors turned to stone,” said Mr Shaw.

The story has been passed on through the Yued community for thousands of generations and is a strong reminder for the community to listen to their Elders.

She said, “We’ve been looking after Boodja (Country) for a long time and it’s great to see young Aboriginal people being trained and becoming Rangers”.

According to the Shaw family, the word “wedge”, comes from the Yued word “wedj”, which means ‘place of emus’. Emus can be seen walking around the area often and are part of the Wedj Boya community. Aboriginal midden sites in the area still have evidence of emu egg shell fragments.

On ground works have also already started with the Rangers to protect a cultural heritage site on Wedge Island via fencing and brushing. Brushing material was obtained from vegetation overgrowing access tracks around Wedge, so this had a dual effect of providing brushing and improving road safety.

Into the future the Yued Rangers will be conducting a range of works, varying from feral animal and weed control, to protecting cultural heritage sites and working with machinery.

Yued Traditional Custodians such as Charlie Shaw, will be involved in setting priorities for the Rangers and passing on Traditional Ecological Knowledge.

“The Ranger program is overachieving its target in employment and training of Aboriginal People.

“It would be good to see this program continue for a very long time,” he said.

The Midwest Aboriginal Program is funded by the Department of Prime Minister and Cabinet, through the Indigenous Advancement Strategy.

Thanks for this info. We visited the Pinnacles yesterday after the National Parks information centre was closed and were keen to find out the Yued history and meaning of the site Thanks for sharing one. The Ranger program sounds great