World Wetlands Day is celebrated annually on the 2nd of February, marking the anniversary of the signing of the Convention on Wetlands of International Importance in 1971.

Recognised by the United Nations as an International Day of Importance in 2021, celebrations focus on raising public awareness and appreciation of wetland benefits and values and promotes conservation and sustainable use of these areas. The 2022 theme is Wetland Action for People and Nature.

Organised once again by Chapman River Friends (CRF) with support from Birdlife Midwest-Geraldton and NACC NRM’s Coastal and Marine team, the event saw locals of all ages gather bright (windy) and early for a guided walk of the Chapman River Estuary.

NACC NRM’s Coastcare Support Officer Dr Mic Payne lead the walk, informing on all things wetlands from the sediment to the sky and everything in between. Affectionately referred to as wetlands and less affectionately known as swamps, these areas are one of the most threatened ecosystems globally. Supporting an abundant range of organisms and ecosystem services, these threatened ecological communities are an urgent priority for conservation and sustainable land practices.

The guided walk began at the river mouth with a short identification of native and invasive vegetation, their role in providing sediment structure and biodiversity, and the issues of invasive species. Back up at the carpark’s informative sign, the importance of wetlands as ecologically productive breeding grounds and nurseries was discussed. Wetlands hold an important role as nurseries for important commercial and recreational fishing species such as tailor and whiting. Some bird watching and nest spotting was enjoyed as the group wandered the northern path along the river, discussing the threats facing birds and the natural environment. Best practices for being a sustainable public land user include remaining on the paths (both humans and pets) to protect vegetation, removing litter, fishing within limits in permitted zones and following ethical guidelines for fauna watching.

The event wrapped up with a délicieuse coffee and crepe from Remi French Street Food.

World Wetlands Week is further celebrated with a photo exhibition “Our Estuaries – A Bird Haven” presented by CRF and Birdlife Midwest-Geraldton at Geraldton Regional Library.

“This event compliments the photo exhibition and education display ‘Our Estuaries – A Bird Haven’ which have been extended to be available until Friday 25th of February”, said Virginnie.

To check out these exhibits, head to the Geraldton Regional Library! The photo exhibition can be found through the western entrance of the library, and the education display is located in the ‘Reading Newspaper’ area. 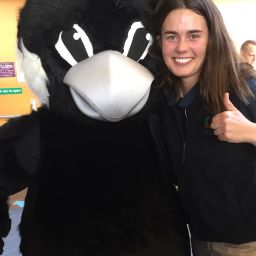 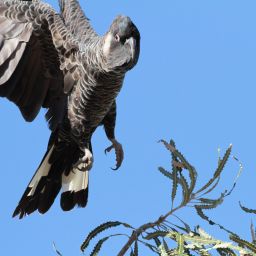 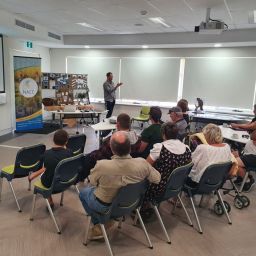