World-first project is great news for the Northern Agricultural Region

More trees will be going into the ground in the Northern Agricultural Region thanks to a world-first, ground-breaking collaboration between Carbon Neutral and Austral Fishing.

Austral Fishing, a Marine Stewardship Council (MSC)-certified and prominent Western Australian seafood company has teamed-up with Carbon Neutral to offset its carbon emissions – which will result in more than 190,000 native trees being planted in the NAR in order to offset Austral’s estimated 27,422 tonnes of annual carbon dioxide emissions. 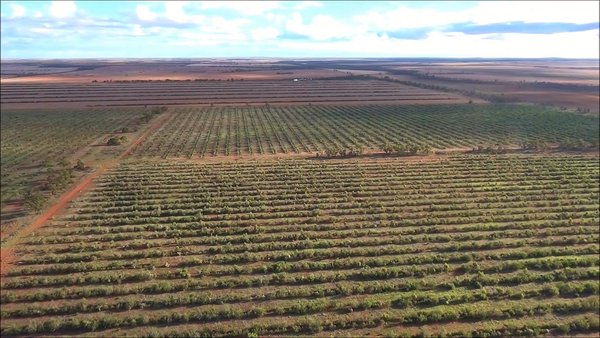 In doing so, Austral will become the first carbon-neutral seafood company in the world, under Carbon Neutral’s umbrella – currently the only Gold Standard carbon offset project in Australia.

NACC Board Deputy-Chair and Carbon Neutral director Kent Broad said the project would have substantial benefits to the Northern Agricultural Region’s environment and community, as well as providing economic benefits.

World first for the sector

“Carbon Neutral is proud have been chosen by Austral Fisheries to use our Australian first Premium Gold Standard project as the offsets for them to be carbon neutral under the Federal Government’s National Carbon Offsets Standard (NCOS) scheme.”

NACC CEO Richard McLellan said Austral’s commitment to offsetting their carbon footprint, and Carbon Neutral’s ability to translate that into real-world, on-ground outcomes in the NAR, was a great demonstration of how partnerships can lead to fantastic public, private and environmental outcomes.

“Carbon Neutral has been doing some amazing landscape restoration work in our region for a number of years now, but we’re particularly excited by this new development,” he said.

“It’s a ‘win-win-win-win’ situation: good for Austral Fisheries, good for Carbon Neutral, good for the farmers who will reap the landcare benefits, and fantastic for the environment.

We’ll all be the beneficiaries of this collaboration.”