There are a number of threats facing Carnaby’s Black-Cockatoo: 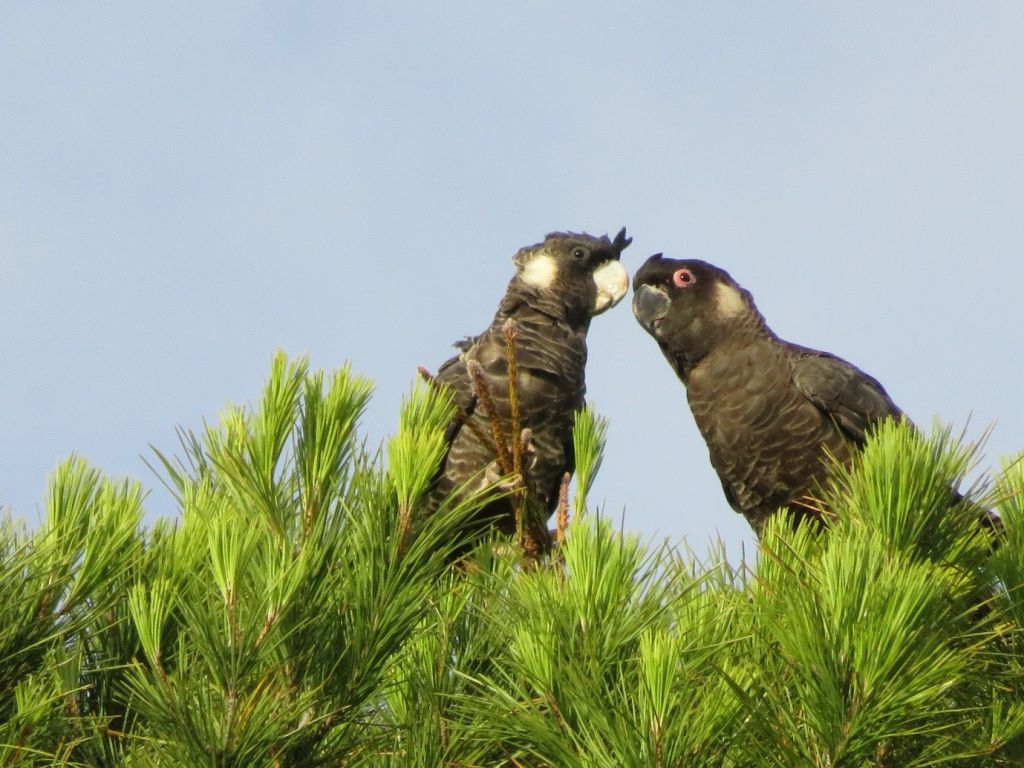 This large black cockatoo (also known as the Short-billed Black-Cockatoo) has white tail panels, white cheek patches and a short bill. It lives only in southwest Australia where large-scale clearing for farming has fragmented much of its habitat, particularly mature eucalypts such as salmon gum and wandoo that have suitable hollows for nesting.

Carnaby’s Black-Cockatoo is endemic to southwest Western Australia, extending from the Murchison River to Esperance, and inland to Coroow, Kellerberrin and Lake Cronion. Most breeding occurs in areas with an average annual rainfall of 300-750 mm, typically in the Wheatbelt and Great Southern regions. For nesting, Carnaby’s Black-Cockatoos require eucalypt woodland, comprising principally of salmon gum or wandoo. Their food is found in shrubland, or kwongan heath.

The cockatoos require a close association between breeding and feeding sites during the breeding season. If these two very different habitats are not within a reasonable distance of each other, breeding attempts fail. After breeding, the cockatoos move to higher rainfall areas along the coast in search of food sources such as banksia and hakea heathlands.

Carnaby’s Black-Cockatoos feed on the seeds of a variety of native and introduced plant species and on insect larvae. Plants include kwongan heath plants such banksias, dryandra, hakea, grevillea and also marri seeds. They have also adapted to feeding on exotic species such as pines and cape lilac and some weeds such as wild radish and wild geranium.

How you can help?

I was walking past Ascot Racecourse and about 20 black white tailed cockatoos landed on a large gum tree.
We get lots of red tailed black cockatoos since all the land at the airport has been cleared.
But this is the first time I’ve seen the Barnabys.
Very worrying