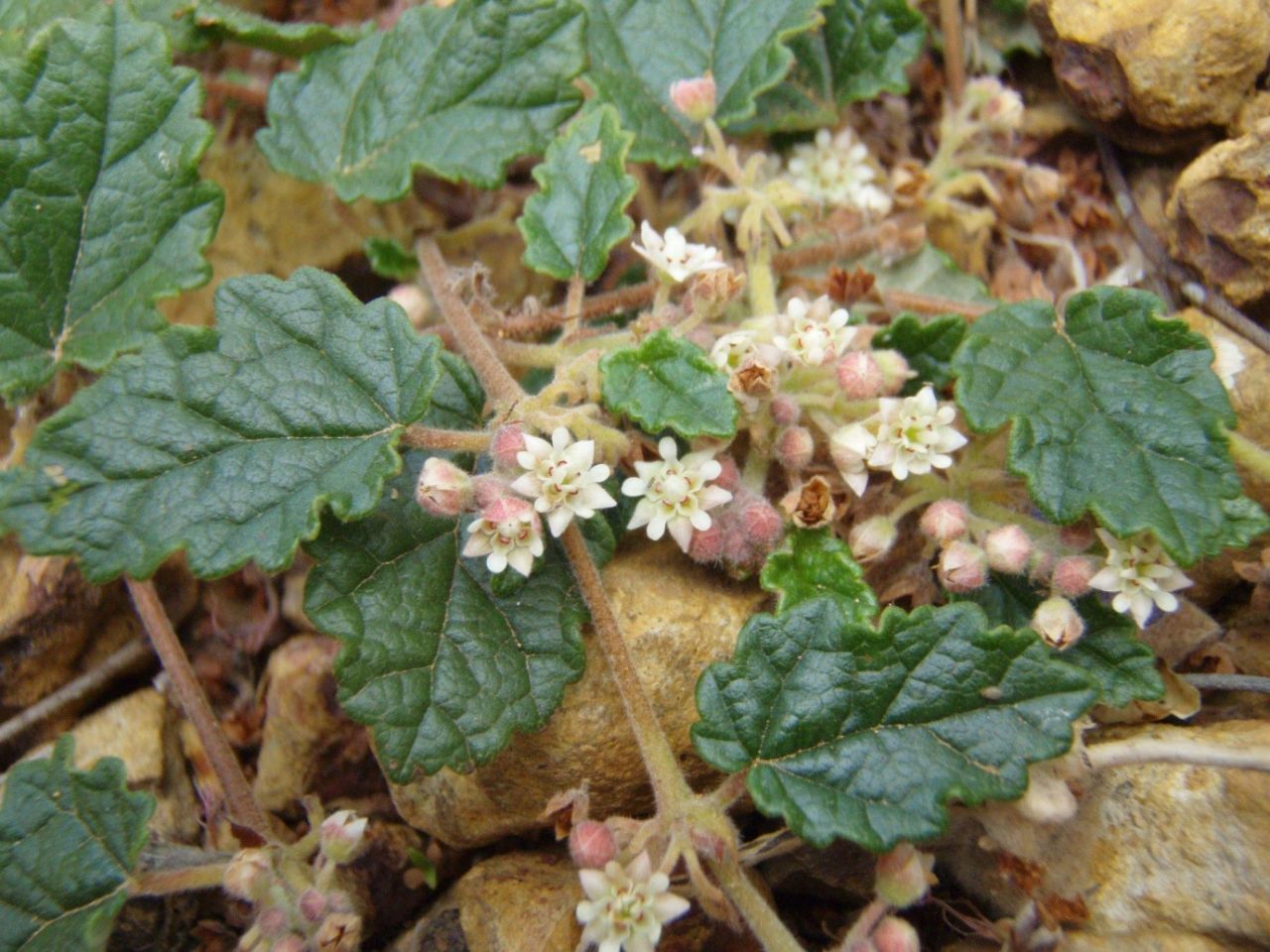 Androcalva adenothalia was declared to be rare flora (DRF) under the Western Australian Wildlife Conservation Act 1950 in 2010 and is currently being nominated for listing under the Commonwealth Environment Protection and Biodiversity Conservaiton Act 1999.  It is currently listed as Critically Endangered due to its very small extent of occurrence, area of occupancy and due to an extremely low number of locations and mature individuals.

Androcalva adenothalia is a prostrate shrub to 0.03 metres high and to 0.25m wide.  The Flowers are white and have been observed during August.

Androcalva adenothalia is known from a single location at Canna southeast of Mullewa. There are only two recorded collections of this species, the first in 1962 from a location recorded as Morawa, and the second from Canna where it was collected in 2005. The similarity of the location descriptions suggests that these two collections may in fact be the same site.

In 2005 when last collected there were two plants present on a road reserve and by 2009 both plants had died. A seedling was observed in 2008 but died soon after and there are currently no known living plants remaining in the wild.

At the last recorded location of Androcalva adenothalia it grew in Acacia and Allocasuarina scrub with occasional mallee in orange/brown sand, gravel and laterite.

Parks and Wildlife staff attempted to collect seed from the last remaining plant in 2007 however while it appeared to flower well, it did not set any seed. Vegetative material was collected in January 2008 and plants have been raised in cultivation at Botanic Gardens and Parks Authority (BGPA).  The plants raised have been all from one clone and no seed has been observed.  BGPA currently have a single plant in a pot as well and tissue cultures and cryostored shoot tips.

Without seed production from plants raised from cryostorage it is not practical to produce plants to establish back into the wild.  Research is required to determine if the clones are actually able to produce seed.  Establishing populations back into the natural habitat will most likely require new plants being found in the wild to increase the genetic diversity within the species.

If you have seen this plant it would be most helpful to notify the Department of Parks and Wildlife Geraldton of the location and this might be information which helps bring it back from the brink of extinction.