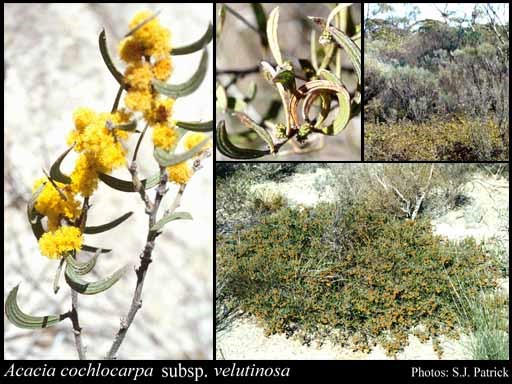 The three known populations of the Velvety Spiral Pod Wattle grow in a hard white clay which appears to be quite localized and may be a unique soil type (possibly associated with the nearby Cadoux Fault Line). All three populations occur on gently sloping topography in an open shrubland of Allocasuarina campestri over open heath.