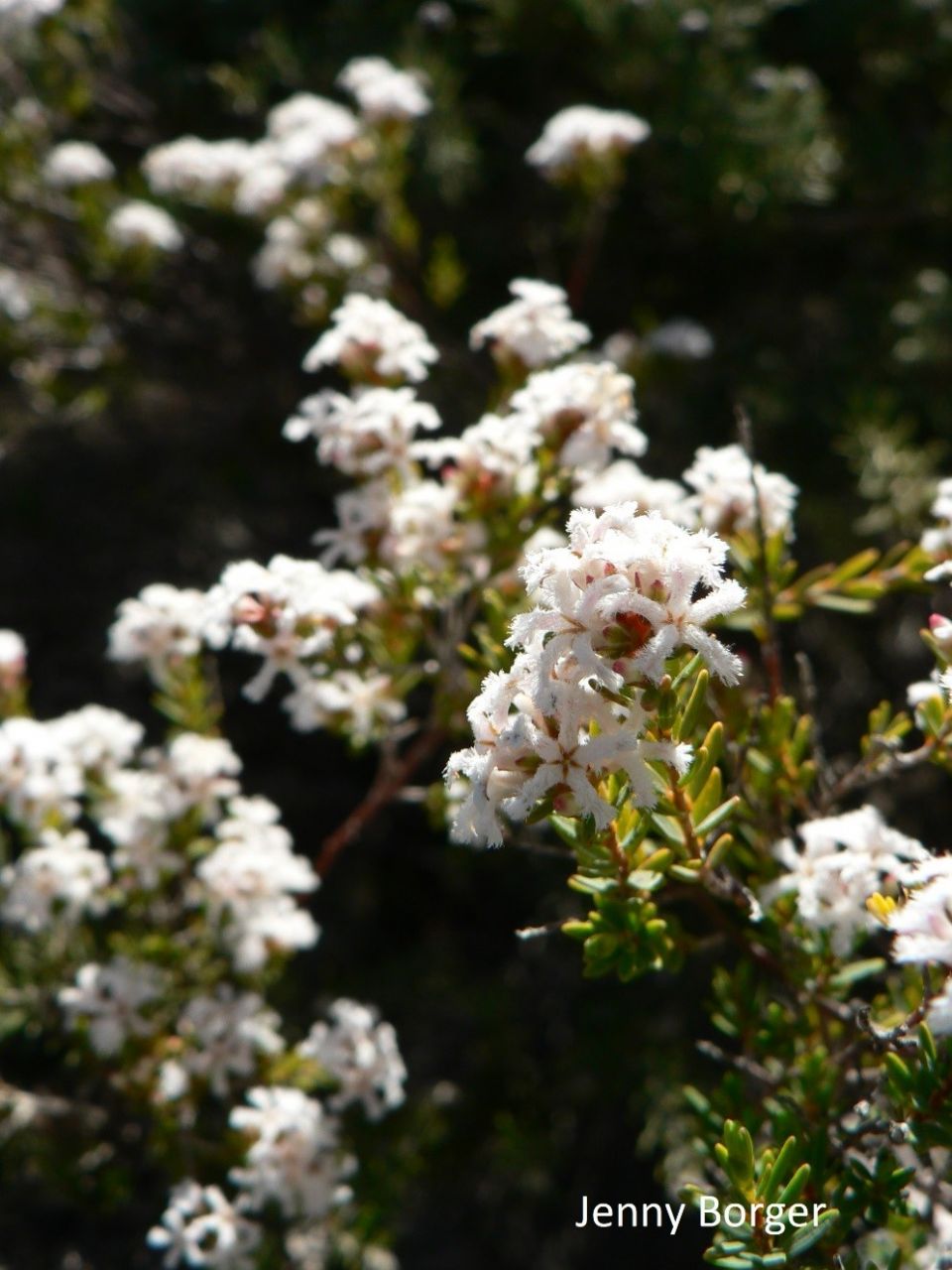 Leucopogon stokesii is listed as a Priority 1 taxon under the Wildlife Conservation Act 1950. It was first collected in 2009 by M Hislop and J Borger from a property north of Three Springs during surveys for the WWF Australia Healthy Bushland Project. It is only known from the one location. It was named for the landholder – Dennis Stokes – on whose property it was found, in honour of his efforts towards the conservation of remnant bushland occurring there.

Leucopogon stokesii is described as an erect open shrub to 1.6 m high, single stemmed at ground level with a fire sensitive rootstock. Leaves are spirally arranged, elliptic 3.2 – 7.2 mm long, and 0.8 – 1.8 mm wide, with an obtuse (blunt or rounded) apex. The leaf surfaces are glabrous, and markedly discolorous with adaxial (upper) leaf surface dull and glaucous, and abaxial (lower) surface darker and shiny. It has been recorded flowering between July and September and has a white tube and corolla, with the corolla flushed pink in the upper half. Fruit are oblongoid or ellipsoid 1.8 – 2.5 mm long, and 1.1 – 1.3 mm wide, having been collected in the second half of September and are present from at least late August until early October.

This species is known from a small area north east of Three Springs and occurs on or immediately below breakaways in rocky grey loam over sandstone where it grows in dense heath usually dominated by Melaleuca tinkeri and Mel. concreta with Gastrolobium oxylobioides, Allocasuarina campestris (Tammar) and Baeckea crispiflora var. tenuior. Several hundred plants are present in this area.

The main threats to Leucopogon stokesii include geologically restricted sandstone landforms on which it may occur, clearing, grazing, erosion, inappropriate fire regimes, fragmentation and isolation.

Department of Parks and Wildlife (2017) FloraBase