The Secret Life of Mistletoe!

Mistletoes are an enigmatic group of plants. Lacking roots and depending on other plants for their livelihood, they have inspired a range of beliefs throughout the world. Some people regard them as mystical plants endowed with magical properties, others as destructive weeds that devalue native habitats, and still others as beautiful native plants that support wildlife.
– Quote from Mistletoes of Southern Australia by David Watson

During May, NACC NRM very proudly hosted Australia’s leading Mistletoe expert, Dr David Watson for his fascinating talk ‘The secret life of Mistletoe’ – which describes his work with Mistletoe across the globe and in particular his research that has helped highlight the vital role Mistletoe plays within an ecosystem. More than 20 eager participants joined the talk and yes, a few did think they might get a cheeky kiss or two! 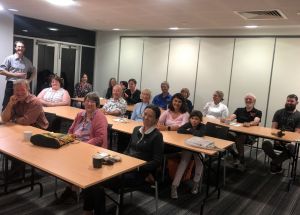 Dr Watson began to talk by debunking the myth Mistletoe is a toxic weed that infests and kills its hosts.

‘Although mistletoes are often regarded as destructive pests, recent research has demonstrated quite the opposite. These native plants provide valuable resources for wildlife and have a wide range of positive effects in ecosystems, increasing the habitat value for animals’.

He then went on to mention some of the key ways mistletoe was shown to support biodiversity including providing abundant fruit and nectar, nutritious leaves, secure nesting sites, and providing microclimates (important during heatwaves and in a changing climate).

All of which indicate that mistletoes represent an important resource for a wide range of plants and animals in their environment, leading them to being described as ecological keystones.

Dr Watson’s talk also highlighted the importance a steady stream of enriched litter, which supports a hugely diverse and abundant insect populations which in turn supports insectivore populations such as numbats, insectivorous birds and native rodents to name a few.

DYK? Mistletoes shed leaves far more frequently than their hosts. This is especially apparent in eucalypt woodlands, where leaves may be retained on the tree for three to four years, but less than one year on the mistletoes parasitising them. As well as a high rate of litterfall, mistletoe litter is enriched with nutrients. Unlike other plants that actively withdraw nutrients prior to shedding (to conserve them), mistletoes drop their leaves as is, with shed mistletoe leaves containing far more Potassium, Phosphorous, Manganese and a range of other elements than their hosts.

The talk ended with an intriguing description about how to use Mistletoes in restoration activities and growing your own. You can found more formation about that here .

NACC’s Bushcare Officer Jarna Kendle said that it was wonderful to see so many people at the talk – Dave is a fantastic and engaging presenter and I found it truly interesting and informative.

‘Plus, working with landholders in the region on revegetation projects I was very interested in hearing how Mistletoe and other parasitic species can be planted in revegetation sites to increase insect diversity and encourage native species back into the site’. 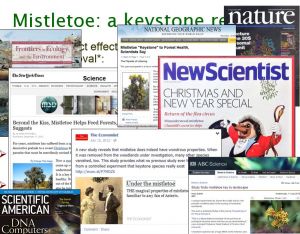 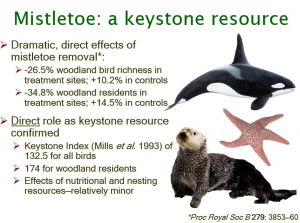 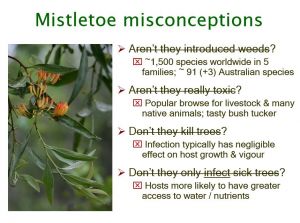 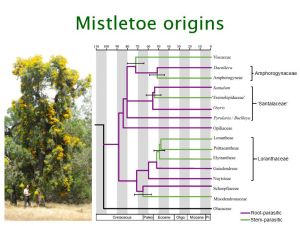 This event was proudly supported by NACC NRM.

What a shame I missed this very interesting event. Jar a spread the word at MCCs Carrah farm revegetation walk, keeping us intrigued