After five years spent battling Pyp grass in coastal dunes in Jurien Bay and Cervantes, the successful weed control project has finally come to an end.

In the beginning, Pyp grass was so thick in some areas you would be lucky to spot a native plant. Unbeknownst to some, this silent invader was transforming our coastal dunes into a monoculture not fit to provide any functional value.

Hundreds of hours of work by contractors, community coastcare volunteers and NACC staff to monitor and control this weed has paid off and some of the worst affected areas will now be revegetated with local native plants this winter.

NACC’s Coastal and Marine Project Manager Hamish Longbottom said although this battle has been fought and won, the war is still continuing on.

“This project has really brought these coastal dunes back from the brink but future monitoring will be necessary to ensure Pyp grass does not come back to haunt us,” he said.

“Without any future funding for Pyp grass management on the horizon, it is critical that the weed is not spread to new areas.

“In the time we have been controlling Pyp grass in Jurien Bay and Cervantes it has popped up in new areas where soil has been transported from one place to another. Once Pyp grass gets a foothold in a new area the threat to ecosystems and biodiversity increases. Prevention is way better than cure”.

NACC would like to thank community volunteers, the Shire of Dandaragan and Department of Biodiversity Conservation and Attractions Parks and Wildlife Service for their support throughout the life of this project.

For more information on Pyp grass and its impact on the environment go to https://www.nacc.com.au/project/pyp-grass-control/ 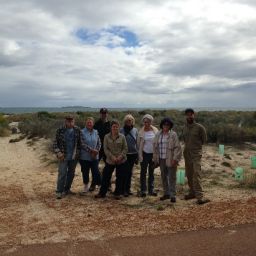 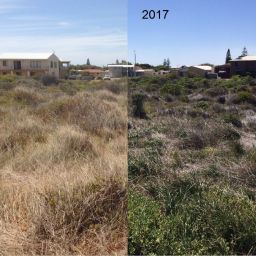 Pyp off our dunes! 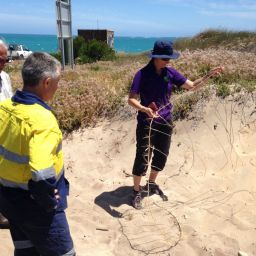