Although I have spent many hours wandering around patches of native vegetation previously in my working career – mainly working on woodlands conservation – unfortunately these days I don’t get too many chances to “go bush” during my “normal” working-week.

Not surprisingly then, weekend opportunities to volunteer with organisations like Bush Heritage Australia, or the Friends of Chapman River, or to head-out on a field-trip with other members of Birdlife Midwest-Geraldton are like gold for me. 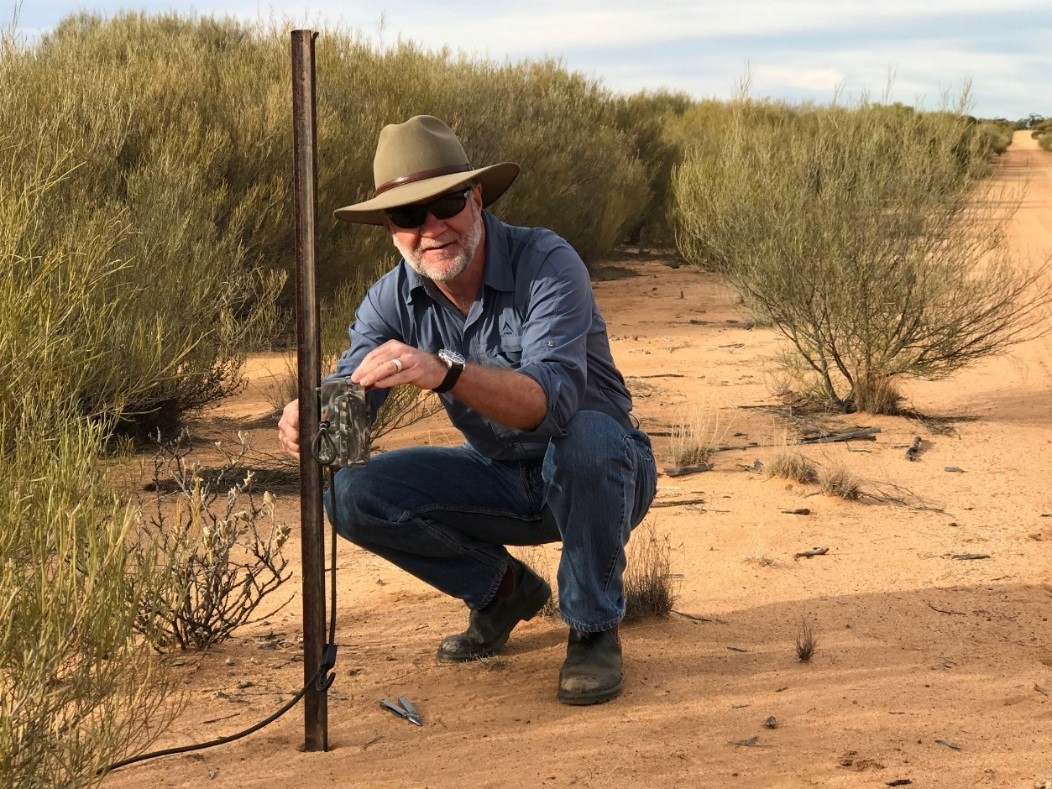 “Eureka!” I shout, having struck gold in many ways on a trip to Charles Darwin Reserve last weekend.

Charles Darwin Reserve is a beautiful property, owned by Bush Heritage Australia and located on the “edge of the Outback” – and the NACC NRM region – about 70 kilometres east of Perenjori.

Not only did I get a chance to wander around some magnificent York gum (Eucalyptus loxophleba) and Salmon gum (Eucalyptus salmonophloia) woodlands, (and for a brief time join-in some York gum woodland monitoring), but I also got a chance to set-up a camera trap on one of the reserve’s internal tracks.

The main species that I was hoping to “capture” on camera was a Malleefowl (Leipoa ocellata) – a beautiful, but highly threatened species which Reserve Manager William Hansen had previously seen close to the reserve homestead. It’s great to know that Malleefowl are resident on the reserve, and that Bush Heritage ecologists and volunteers are conducting research and implementing conservation actions to protect this rare megapod. (See previous NACC article here and blogs by BHA staff Vanessa Westcott and Elisabeth McLellan.)

Unfortunately, the camera didn’t record any Malleefowl, but it did capture a murder – which is the term for a group or flock of crows or ravens. At one time there were seven Australian ravens (Corvus coronoides) in front of the camera – milling, dancing, landing and taking-off – and collectively triggering-off hundreds of photos with their antics. 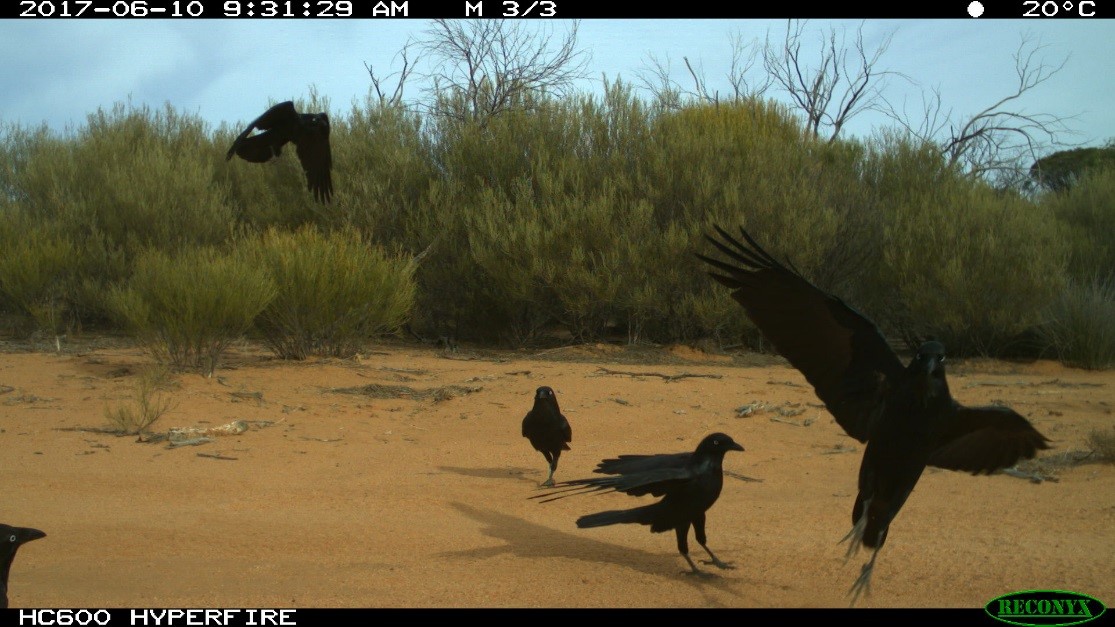 The only other species of note recorded by the camera during the 24-hour trial was a female Euro (Macropus robustus), complete with a young joey peeking from its pouch.

As you’re reading this, I’m probably back in my office in Geraldton, but I’m already looking forward to my next trip back out bush. 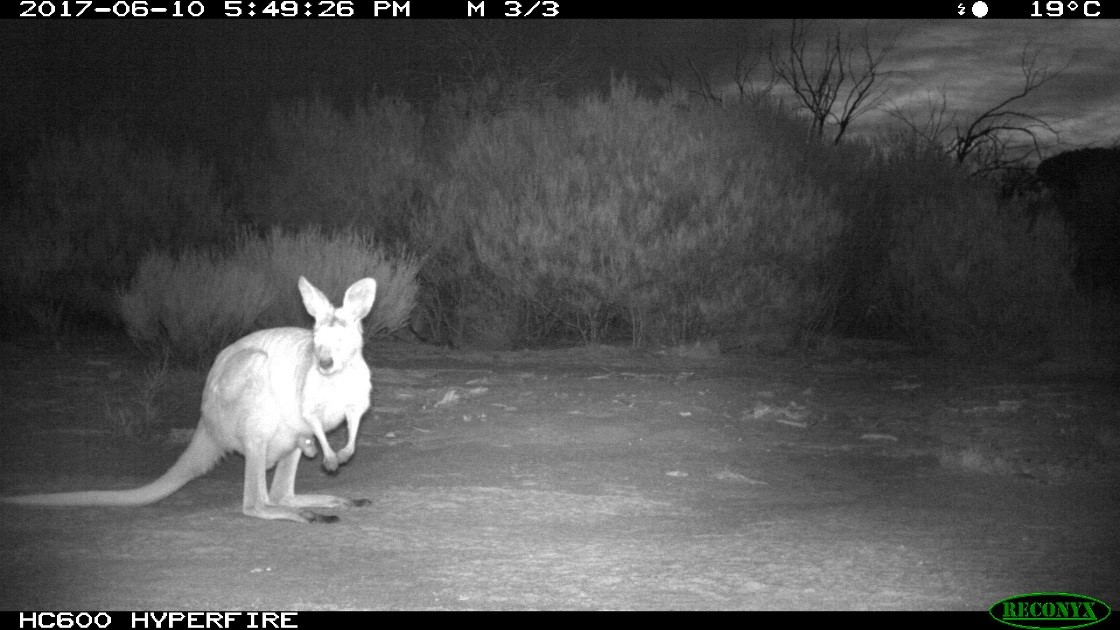 If you are interested in what animals are on your property and want to see what can be done for you, please visit NACC’s Feral Fix Project.

Better luck next time Richard
I feel sure you will capture a photo of a mallee fowl, prior to agricultural practices they used to be on Wahroonga 30kms east of Geraldton