Safe haven in the bush

A sanctuary is often defined as a place of refuge or safety from pursuit and danger.

This is definitely one way to describe the Australian Wildlife Conservancy’s Mt Gibson Wildlife Sanctuary as it has become the perfect place of refuge for some of Western Australia’s most precious and threatened native species. 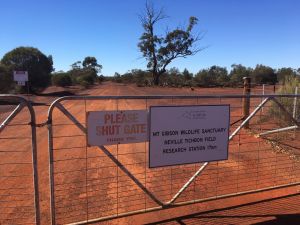 Located on the boundary of the central Wheatbelt and Murchison regions, the Sanctuary covers more than 1,300 square kilometres of semi-arid woodland. The property is home to a number of Eucalypt species including Salmon Gum (Eucalyptus salmonophloia), York Gum (E. loxophleba) and Gimlet (E. salubris), as well as 144 bird species, and 66 reptile species. Importantly, it provides a safe refuge for 12 species of threatened birds, mammals and reptiles. 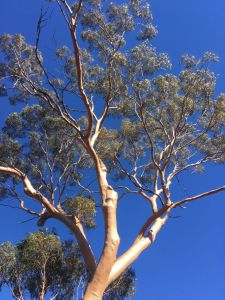 A small group of lucky visitors and a handful of NACC staff were treated to an insight into all of the above when the gates to the Sanctuary were opened for visitors recently for a ‘special treat’ Open Day event.

Over the two days, the group visited a number of locations within the Sanctuary to learn more about the threatened species that call the sanctuary home, and to join-in guided walks and radio tracking activities. They also had a chance to step through the remarkable feral-free, predator-proof fence, and take a closer look inside the 7,800 hectare protected zone.

Staff from the Australian Wildlife Conservancy (AWC) said the Mt Gibson Sanctuary will play a critical role in providing a secure future for around 14 per cent of Australia’s nationally threatened mammals, with 10 regionally extinct mammals being reintroduced inside the fenced area – where they will be safe from key threats like feral cats. 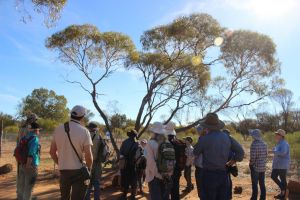 Feral cats kill millions of native animals every night across Australia, and the AWC is fighting this problem by conducting the largest feral cat research program in Australia’s history and establishing a network of feral cat-free sanctuaries around the country.

Both adults and kids had fun identifying animal tracks inside the fenced area, before heading back and setting up camp at the stunning Quartz Ridge Campground.

Later, during a ‘Night Stalk’ inside the fence, some of the visitors were fortunate enough to spot a couple of Woylies (Bettongia penicillata) whilst driving around the sanctuary under some pretty spectacular stars.

“By partnering with AWC and running events like this Open Day, NACC hopes to further engage our local community and make them more aware of the plight of our native animals, and the impact that feral cats are having,” she said. 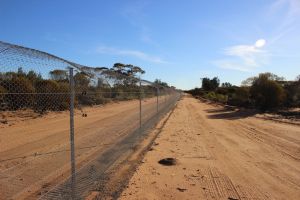 “Knowing that all of these native animals are being protected right on our doorstep is a great incentive to care for our special patch of country.

“They are somewhere between 1.5 and 5.6 million feral cats across Australia, and we know that each cat kills several native animals every night – meaning we are losing millions of our unique wildlife on a nightly basis.

“Unfortunately, there is no ‘silver bullet’ in the fight against feral cats, but the research shows that feral free areas like Mt Gibson Sanctuary are incredibly effective in protecting our precious wildlife.” 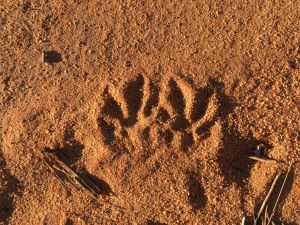 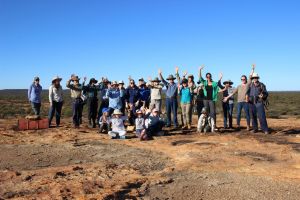 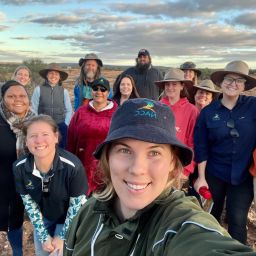 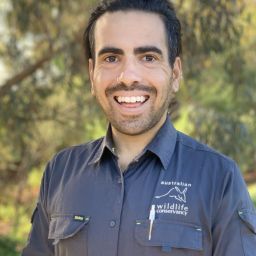