After months of preparation, registration for the inaugural WA Threatened Species Forum have been officially launched in Geraldton today.

The forum – to be held in Geraldton on 30-31 October – will focus on the plight of threatened species in Western Australia and highlight the policies, strategies, on-ground actions and successes contributing to their conservation.

Seeking solutions, the forum will particularly promote practical and effective ways of tackling threats to threatened species survival, while building and enhancing networks of support in the field.

Forum spokesperson, Northern Agricultural Catchments Council (NACC) CEO Richard McLellan, said the event would be a “rallying call” for everyone concerned about protecting the most threatened of Western Australia’s amazing array of flora and fauna.

“We were privileged to be able to participate in the launch of the National Threatened Species Strategy, at the Threatened Species Summit in Melbourne in August, and were excited to see Western Australia’s fauna emblem – the numbat– on the front cover of that strategy,” he said.

“However, we also realised at the time, that many West Australians were unable to make the trip to Melbourne to attend the event, and hence invited the Federal Threatened Species Commissioner Gregory Andrews to come West and be involved in a similar forum focusing on threatened species on this side of the continent.

“It’s subsequently been fantastic to be collaborating with the Department of Park and Wildlife, all of the other WA regional NRM groups, and key practitioners from a host of national, regional and local community-based organisations contributing to the survival and protection of threatened species across Western Australia.”

“The plight of threatened species in WA will not be solved by any one agency, organisation or individual alone,” he said.

“Instead the solution will only lie in real cooperation between multiple partners – sharing their capacity and commitment for maximum on-ground impact.”

Mr McLellan extended a warm welcome to all delegates coming to Geraldton at the end of October, and hoped they enjoy the forum and accompanying field trips and activities.

For ticket prices or to book, visit the Threatened Species Forum ticketing page.

Or, for more information about the forum and associated field trips visit the NACC website’s Threatened Species Forum page. 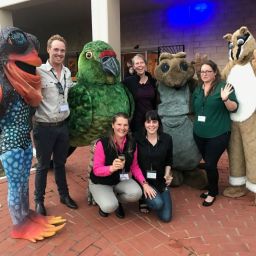 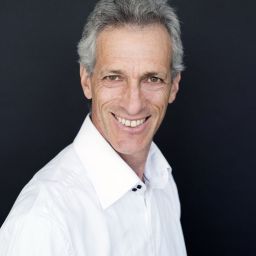 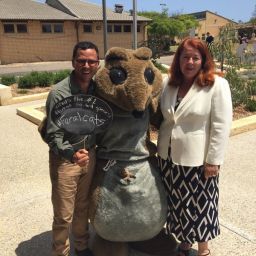