On 28 April, NACC NRM and the Mid West Development Commission co-hosted a regional meeting to update stake holders on the Drought Vulnerability Assessment. The group also workshopped potential future project ideas for the region under this plan.

After an Acknowledgement of Country by MWDC’s Mike Bowley, NACC’s Dr Amanda Bourne welcomed Fiamma Riviera who will be taking over the role of Senior Planning Conservation Officer.

Amanda gave an overview of the RDRP Program and its relationship to the Future Drought Fund, its governance structure, and the program of work being undertaken for this pilot year.

She went through the Drought Vulnerability Assessment (DVA) Framework, explaining that this summary of commissioned technical reports will help inform the Drought Resilience Plan (DRP) for the Mid West, and provide the evidence for key projects for subsequent funding.

Amanda explained how the DVA aims to assess the risk of the Mid West to drought against its resilience to it. She explained the process of regional stakeholder engagement undertaken to understand the priorities in the Mid West.  These will also inform projects to be included in the Drought Resilience Program.

Stan Mastrantonis of Curtin University presented alternative definitions of drought to those currently used by government, and their spatial and temporal implications.  He concluded that the current definition is often not appropriate and that a seasonal definition of drought should be adopted in the Mid West.  He also highlighted the worrying recent temporal trend of increasing ‘hot drought’.

John Bruce of the Department of Primary Industries and Regional Development (DPIRD) presented the framework used to create a series of maps illustrating southwest WA’s exposure, sensitivity, impact, adaptive capacity and vulnerability/resilience to drought. The series of maps indicate that the Mid West is highly vulnerable to drought.

Sue Middleton of AgDots presented the priorities which are emerging for the Mid West.  She used water resilience, digital resilience and farm business resilience to illustrate the review methodology, and the transformative ideas under each which have been identified to date.

In small teams, participants were asked to select which projects must be included in the Drought Resilience Plan, and to list any additional ideas they may have.  Teams were then asked to select the top three projects ideas and to discuss how these could be actioned. Each team provided feedback to the wider group for further discussion.  Several common ideas emerged.

Will Bessen of the Tuna Blue Foundation then took everyone through the set of illustration he produced during the workshop to summarise what was presented and discussed.

The next Mid West Regional Update will be held Wednesday 8th June 2 to 4pm at the Geraldton Multipurpose Centre.  Further details will be emailed closer to the date.  Please join us! 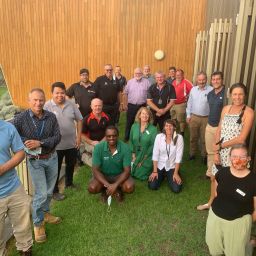 Majority of Farm Businesses in the Midwest are Resilient Enough to Face a Drought! 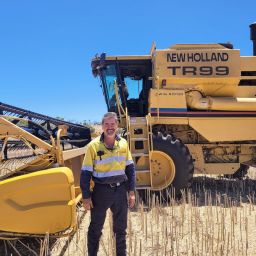 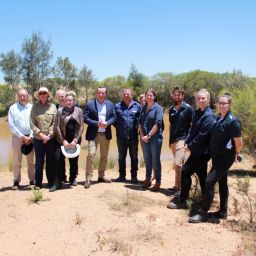