These case study interviews are a part of the Mid West Regional Drought Resilience Plan, which will be wrapping up in July. NACC NRM worked with the local grower groups to identify both mixed-farming and cropping only farmers who made changes to their farming practices after the 2006/2007 droughts. These farmers were originally interviewed during November 2021 along with 62 other growers in the City of Greater Geraldton, Chapman Valley, and Northampton Shires to collect data on their experiences during drought.

The case studies are more focused on the significant changes individual farming businesses have made to prepare for drought years, and the strategies they are looking forward to adopting in the future. The case studies also give the opportunity to put our local farmer’s faces and names to the narratives and data about the struggles of the 2006/2007 drought and drought resilient practices that are being adopted in our region.

Some key strategies that these farmers have adopted to help them be prepared for drought and dry years include; focusing on their soil health and moisture, keeping more feed on hand for livestock, reducing wind erosion with perennial pastures, revegetation and reducing grazing pressure, pregnancy scanning, utilising creek paddocks for livestock, budgeting, differing grain and trigger dates for their cropping season and offloading of livestock.

The farmers also talked about the strategies they are hoping to adopt soon or sometime in the future if the technology is available. These included re-engineering their soils, virtual fencing, DRSAT and aerial mapping, improved long term forecasting to help them make better decisions, carbon farming, education for younger farmers and ‘boots on ground’ to help with farmer’s wellbeing during drought years. Local horticulture grower Bao Duy Nguyen, talked about the importance of water harvesting and storage, hydroponics, desalination and reducing water loss.

Out of these 10 case studies, four were conducted as filmed interviews with the help from Mark Hollander at Dragonfly Media. Mark was able to capture the stories from the farmers as they were surrounded by their paddocks, machinery and livestock. Mark also filmed the farmers seeding and spraying, and the landscape of their properties with his drone. The other case studies will be in a written document with photos. The case study documents and videos will be a part of the Regional Drought Resilience Plan, but will also live on the NACC NRM and Mid West Development Commissions websites.

Thank you very much to the Grower Groups; Northern Agri Group (NAG), Northern Biosecurity Group (NBG), Yuna Farm Improvement Group (YFIG), Mullewa Drylands Farming Initiative (MDFI), and Mid West Horticultural Grower Group. Thank you to our ten farmers/growers from the Northampton Shire; Liz and Tony Sudlow, Ben and Ange Cripps, Daniel Gill, Lloyd Cripps, From the Chapman Valley Shire; Nicole and Jason Batten, Jason Stokes, and from the City of Greater Geraldton; Jerry Clune and Horticulture Grower Bao Duy Nguyen for participating in the all the interviews, photos and filming. We are very privileged to hear about and learn from your experiences and knowledge to do with drought preparedness. 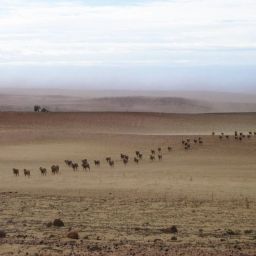 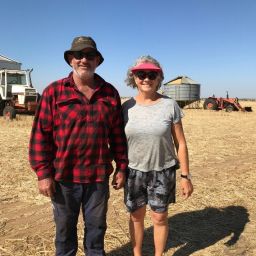