You may remember our article a few months back, highlighting an infestation of Sharp Rush Juncus acutus (also known as Spiny Rush) at the Hill River.

Our Coastcare Officers Mic and Tegan recently revisited this important conservation asset and noted one site in particular where Sharp Rush was in the estuary. The coastal team was determined to return to the site with some locals volunteering to help tackle this pernicious weed.

On Thursday the 26th of November, a passionate group of Jurien Bay Regional Herbarium Group (JBRHG) members put their hand up to assist Mic and Tegan for a day of eradicating Sharp Rush. With site access permissions obtained from primary land managers the Shire of Dandaragan and the Ardross Group, the team made their way to the priority site.

Fortunately, the site was not inundated, which made the job a lot easier; off with the wellies and on with the welding gloves and safety goggles. On-site, Mic and Tegan noticed there many new plants had emerged. They had their work cut out for them.

An individual plant can carry up to 4000 seeds, and with high germination rates, these seeds had to be removed carefully.  Seed heads were removed with secateurs and bagged for removal from the site before the mature plants were manually removed.

Digging up the mature Sharp Rush plants was the hard part. The plants rigid and very sharp leaves emerge from the base at angles giving the plant its distinct hemispherical shape but also making it challenging to handle. With weapons of choice being long-handled shovels and long-handled mattocks, the team got to work.

With only one broken not able to last the day, the team managed to remove 150 Sharp Rush plants from the priority area. Roughly 50 of those plants were bearing seeds, that’s up to 200,000 seed heads not being dispersed into the environment.

NACC NRM Coastcare Support Officer Tegan Knowles says the experience will improve our knowledge to support safe removal of the weed in other areas of our region.

“There are many more sites to tackle in the NAR, but we now have a much better understanding of requirements for on-ground Spiny Rush control which will assist us in seeking resources to control this weed at the Hill River,” said Mrs Knowles.

While they were in the area, the team visited a site that had been previously sprayed by the Shire. The treatment proved to have killed the plants with little collateral damage to the surrounding native vegetation. This response is important to note for future management.

Many thanks to JBRHG, in particular Geoff Bunn, for their ongoing commitment to this project. 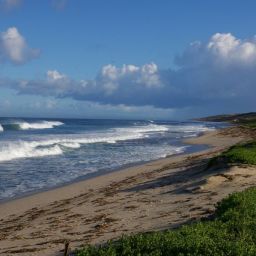 NARvis – Regional Vision and Goals for Coastal and Marine 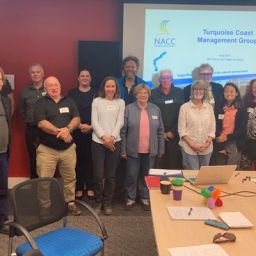 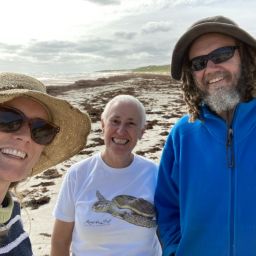