How did you spend World Wetlands Day this year?

In celebration of World Wetlands Day – on February 2 (as it is every year) – the Northern Agricultural Catchments Council (NACC)’s Biodiversity and Coastal & Marine teams led a community excursion to explore the Hutt River and Hutt Lagoon – our region’s “Pink Lake”.

More than 35 people took part in NACC’s free, sold-out tour where they learnt about the Hutt River and the Lagoon’s important wetland ecosystems direct from experts from the WA Department of Parks and Wildlife, and Department of Water (DoW).

First stop on the tour was to ‘Glenorie” – a property owned by Gale and Graham Hopkinson through which the Hutt River flows – where lots of information on water sampling and surrounding fauna and flora was provided by Department of Parks and Wildlife Flora Conservation Officer Alanna Chant, and Department of Water Program Manager Mark Canny. Although non-native to the Northern Agricultural Region, WA’s largest freshwater crayfish – the marron – was found in the river during the sampling which caused quite a lot of interest and discussion.

Next stop, on the way to Port Gregory, was at Yerina Springs where the tour group looked at portable water emerging from a clear flowing spring which led to further discussion about the importance of healthy wetlands and the threats from invasive plants and animals. Yerina Springs is environmentally significant, being the location of the Kalbarri Ironstone Priority Ecological Community. 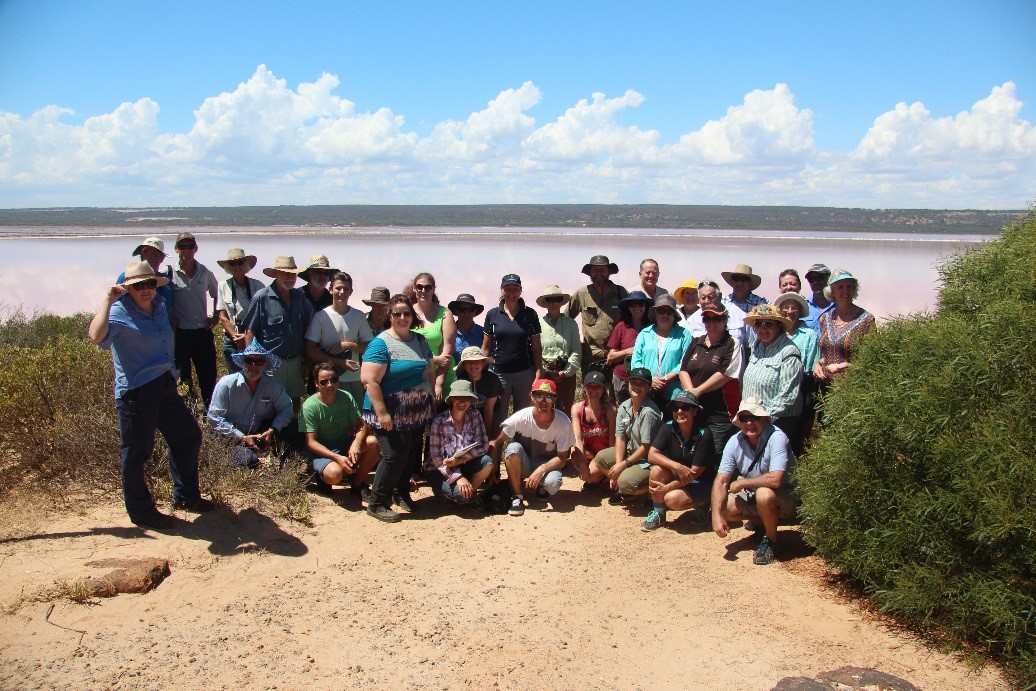 After a quick look into DoW’s water level equipment, the group spent the rest of the afternoon at Hutt Lagoon and surrounding wetlands talking with Parks and Wildlife’s District Manager Rory Chapple about the migratory shorebirds, beta-carotene production, and how a carotenoid-producing algae Dunaliella salina plays an important role in the health of the lake.

Mark Canny said: “Science engagement activities like this plant an important seed, and enable a rich story for people that they can take to the wider community – highlighting the need for, and the activities being undertaken, to protect and enhance our local waterways.”

“In fast -paced times such as these, an injection of nature and its biodiversity is uplifting to the soul, and showcases the rich assets that must be maintained for future generations.”

Rory Chapple said: “Western Australia’s wetlands are such an important asset, yet many have become degraded over the years due to mismanagement. We can’t let the mistakes of the past be replicated across our remaining wetlands and I hope that as a broad community we can come together to look after these natural gems.”

The NACC World Wetlands Day team expressed their thanks to Parks and Wildlife’s Rory Chapple and Alanna Chant, and DoW’s Mark Canny, Phil Correll and Joel Vernon for the expert advice throughout the day. Also a big “thank you” to Gale and Graham Hopkinson for their kind hospitality at Glenorie, and Sam Hay for the lunch stop at Port Gregory Caravan Park.

For more information on NACC’s Coastal and Marine Program and events, please contact  Vanessa.McGuiness@nacc.com.au or call (08) 9938 0108.