Karara Rangeland Park – a vast reserve managed by the Parks and Wildlife branch of the Department for Biodiversity, Conservation and Attractions – is located east of Perenjori and comprises of six former pastoral stations. 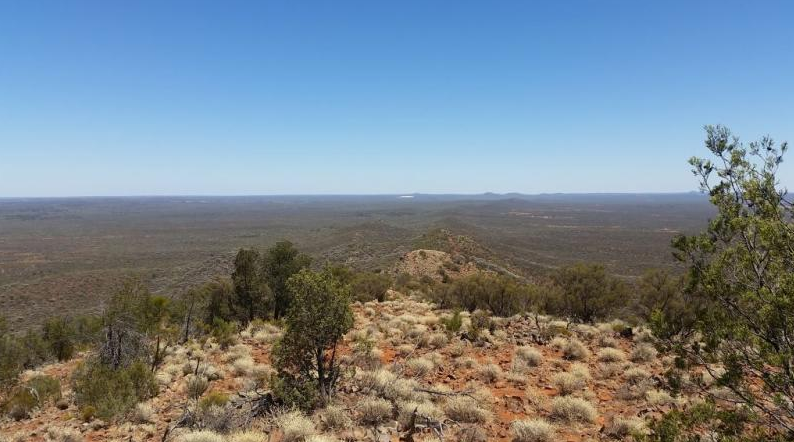 A unique conservation reserve, it hosts a diversity of landscapes, habitats and inhabitants.

The Park contains a number of gorgeous granite outcrops, which are host to many native plant and animal species, and some outcrops have weathered into isolated hills and ridges, or breakaways. The Park also has a number of unique species associated with the particular basalt hills and banded ironstone formations. Scientists believe banded ironstone formations formed when the photosynthetic activity of early life-forms saturated the oceans with oxygen about 2500 million years ago. Another element of the Karara Rangeland Park worth visiting are the wetlands, especially Mongers Lake, which stretches some 200 kilometres around the park, and also the Thundelarra Lignum Swamp, which is a ‘Wetland of National Importance’ due to its significance for waterbirds following rain. 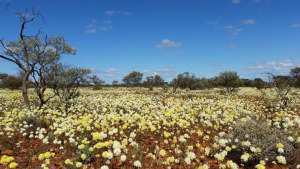 The area is also renowned for wildflowers between July and September. Wildflowers carpet the land after good winter rainfall, but there is still a diversity of flowers during the drier years.

The best time to visit the park is between April and October, as the summer months are hot. The park is remote and has no drinking water or supplies, and mobile phone coverage varies from poor to non-existent, so visitors are encouraged to bring everything they need. Camping is available in several locations (see park map), however there are no facilities.

Travellers are advised to visit the Park’s website (before heading-off to the Park) at:  https://parks.dpaw.wa.gov.au/park/karara-rangeland-park