Throughout the Chapman River Regional Park (CRRP), a variety of native flowering plants and birds can be seen, and reptiles, frogs, echidnas and kangaroos make their home.

It is a 300 hectare remnant of a remarkable, though subtle landscape that is the result of multiple overlapping geological and climatic zones.  The river itself follows the Geraldton Fault where Greenough sandstone meets Tamala limestone.

This broadly coincides with the meeting of two climatic zones – the semi-arid north and the cooler southwest characterised by the Kalbarri/Northampton sandplains and Eneabba/Lesueur heathland.

The result is that the CRRP is home to over 300 species of native flowering plants, some of which occur nowhere else.  No less impressive is the 123 recorded species of bird, both migratory and resident, 22 reptile and 7 frog species.

One of the highlights within this regional park is the Chapman River Nature Trail. The river trail was constructed in 2003 and 2004 to highlight the Chapman River’s ecological and social significance in the region.

As a result the Chapman River foreshore at Nanson has been managed and rehabilitated allowing human access to the natural environment, passive recreation, encouraged wildlife habitation, and generating public awareness of the flora and fauna that exists along the Chapman River.

The 1km trail features numerous nesting boxes, trail markers, and interpretive signs allowing you to get the most out of your visit.  The rehabilitation of the river and foreshore has provided a habitat for the endangered Ringtailed possum and Carnaby Black Cockatoo, which have been seen in the area.

It is hoped through the collaborated effort of the community you will have the opportunity to see these animals during your visit as well as many others.

Getting There – Nanson is located an easy 25kms drive from Geraldton. You will find access to the river trail at the back of the Nanson Museum (also well worth a visit if you are there on a Wednesday morning or a Sunday afternoon).

Information Source: From the Shire of Chapman Valley and “Visit Geraldton” website. 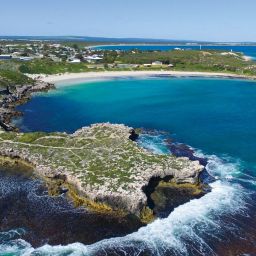 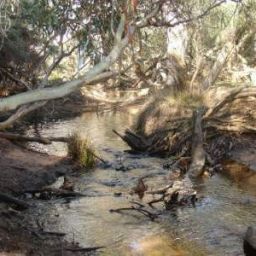 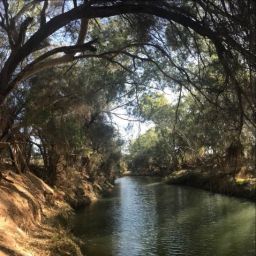