On a Mound Mission

Last week, NACC NRM’s Biodiversity stars Amanda and Kahree drove out to Bush Heritage’s Charles Darwin Reserve to lace up their boots for Malleefowl mound monitoring on the reserve, as well as on the neighbouring Ninghan Station!

These mounds are annually-monitor under the National Malleefowl Recovery Team’s program, and monitoring whether or not they are actively being worked for breeding helps to estimate the current population of these cryptic, threatened birds.

Malleefowl have a fascinating method of incubating their eggs. After creating or reworking an old mound, they scratch fallen leaf litter and debris into the central crater, and wait for the rain to wet it before covering the mounds up with sand. The moisture from the rain and the heat from the sun cause the organic material within the mound to decompose, releasing heat. The malleefowl lay their eggs within this warm layer, returning the mound regularly to assess the temperature using sensors in their beaks. They alter the shape and thickness of the overlying substrate to regulate the temperature, ensuring their eggs are kept comfortably warm. However, when they hatch, the chicks receive no parental care, and are capable to live on their own once they shimmy from the sand and tumble down the mound into the scrub. How awesome is that?

After an induction afternoon, Amanda, Kahree, and Bush Heritage staff and volunteers were ready to get started on their quest to find and take data on the malleefowl mounds. Each morning, CDR Reserve Manager, Dr Jessica Stingemore, directed volunteers to the day’s mound sites, which tend to be situated in the densest, scratchiest habitat patches deep within the reserve’s woodlands and thickets. At each mound, the phase of working, measurements of mound dimensions such as height and diameter, and features such as signs of the presence of other animals is recorded. Whilst some bark might have been lost on a few people’s hands and shins in the scramble through the brush, the woodlands delivered hugely with birdlife and other fauna, including the sightings of a rare Bourke’s parrot pair with a hollow, a copper-backed quail-thrush, and hearing the nocturnal howls of a distant dingo family. Budgies, cockatiels, and zebra finches whizzed about over the open shrublands.

Several active mounds were discovered on Charles Darwin Reserve, with many more on Ningham Station. This means that there are a number of breeding malleefowl pairs within the area tending to mounds, doing their bit to contribute to the next generation of these fascinating fowl.

This project is funded by the Australian Government’s National Landcare Program. 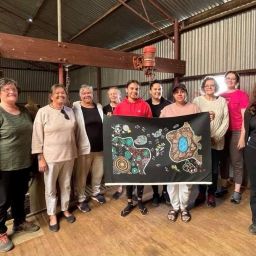 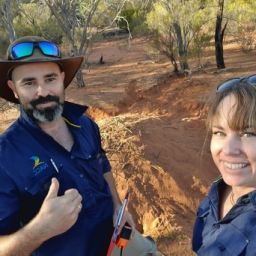 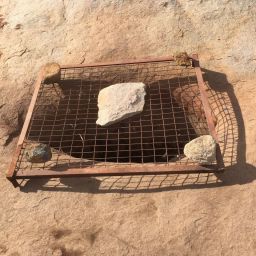