Carbon farming may have a role in ameliorating salinity in the Western Australia Wheatbelt according to a study recently undertaken by the Northern Agricultural Catchments Council (NACC) and the Department of Agriculture and Food Western Australia (DAFWA).

“A key finding from the study shows there are potential financial gains to be made by landholders from carbon credits on degraded land with little to no commercial productivity,” said NACC Carbon Farming Coordinator, Sarah Jeffery.

Results of the study were released in a report – Testing carbon farming opportunities for salinity management – which was undertaken to investigate possibilities of revegetating saline land through the sale of carbon credits.

“These species had at least double the amount of carbon than other species, and were easily the best performing mallee and shrub species across different levels of salinity,” said Ms Jeffery.

Although these two species had better carbon sequestration capabilities, some of the species with lower measurements showed additional benefits, including oil production; fodder value; and increased biodiversity value.

The study showed that even the strong performing species had their limits as salinity levels increased.

“Once the severity of salinity in the soil exceeded 200ms/m, the amount of carbon sequestered by trees and shrubs decreased,” said Ms Jeffery.

Ms Jeffery said that uncertainty over the price of carbon is currently a restricting factor as to whether farmers could profit or cost-recover from rehabilitating saline land through carbon credits. The severity of the salinity on the targeted land was also identified as a key determining factor. Both would require further investigation and case-by- case analysis.

It was also identified in the study that computer modelling for carbon usually gave higher carbon levels than the actual carbon sequestered by the trees. This suggests that potentially through modelling rather than actual figures that carbon credits are a viable option in saline areas.

“I don’t believe carbon credits is the whole answer, but it certainly is a key possibility with potentially bigger opportunities in the years ahead as the global carbon market picks up ” said Ms Jeffery, who thanked the farmers and staff involved in the project.

“It really was a great collaborative effort,” she said.

The full report can be found at http://www.nacc.com.au/project/carbon-solutions-to-salinity-pilot-project/ 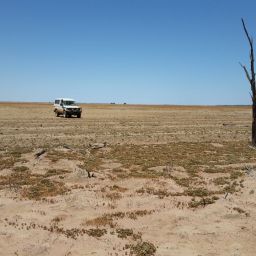 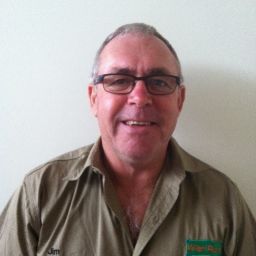 Wedge a winner in NACC’s eyes 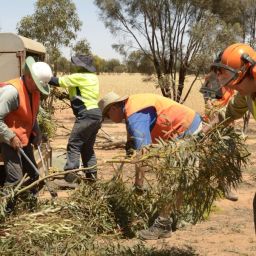