Love the movies? Here is how you can win!

NACC has teamed up with Film Harvest and Scinapse to bring two fantastic films: A Plastic Ocean and Seed – The Untold Story to Orana Cinema in March. 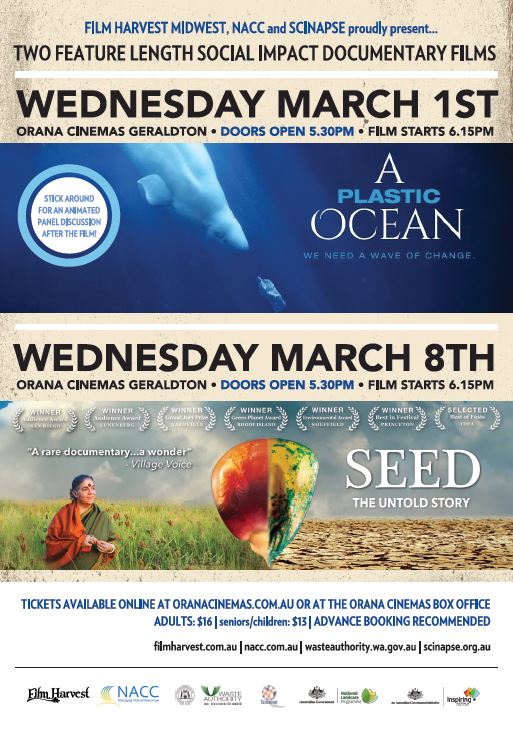 On March 1, A Plastic Ocean will screen in Geraldton for one night only. The new feature-length adventure documentary brings to light the consequences of our global disposable lifestyle. The documentary explains and demonstrates the repercussions of single-use disposable plastic items, and their impact to humans and animals.

While later in the month we take a look into a different topic, with SEED: The Untold Story. In the last century, 94% of our seed varieties have disappeared. SEED: The Untold Story follows passionate seed keepers protecting our 12,000-year-old food legacy. As biotech chemical companies control the majority of our seeds, farmers, scientists, lawyers, and indigenous seed keepers fight a David and Goliath battle to defend the future of our food.

Do you know someone who has done an awesome job helping to clean up our oceans, beaches or natural environment? Then tell us about it!

They could win a free double pass to see either A Plastic Ocean or SEED: The Untold Story.

Here’s what you need to do: