Lots of talkin’ and lots of soil!

The first Talkin’ Soil Health conference took place in Dalwallinu on Tuesday and Wednesday and overall, the NACC team determined it to be a raging success and a fantastic addition to the series of conferences that began in York in 2013.

More than 70 people packed the conference room at the Dalwallinu Recreation Centre and everyone was eager to soak up as much knowledge as they could. 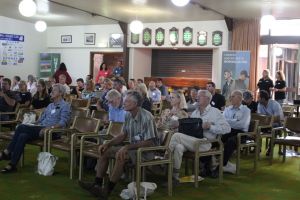 First up it was an introduction by event MC and well-known ABC Landline host Pip Courtney followed by a welcome address from both Federal MP Melissa Price and Major General the Honourable Michael Jeffery, who is a passionate advocate for soil health.

Taking to the stage after this was key-note speaker Nicole Masters, Director of Integrity Soils and an expert in her field.

Not only did Nicole share generous amounts of information with the room, she was also very generous with her time, answering question after question from the audience.

Her passion for soil health was obvious when she spoke and she shared stories from her time working with soil in both New Zealand and the US.

Throughout the rest of the day, the group heard from a range of exciting guest speakers and listened as local farmers talked about their experiences with soil trials and case studies.

As the event was co-hosted by NACC and Wheatbelt NRM, each organisation took the opportunity to crown a Soil Health Champion and allow them time to answer questions from the crowd.

After a jam packed day filled with soil statistics and data, everyone made their way down to the Dalwallinu Town Hall for a delicious dinner and a few well-earned drinks. 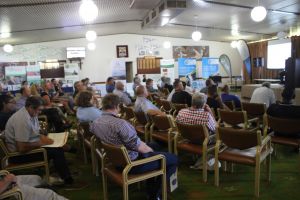 During the evening, Pip Courtney gave a very entertaining speech about her career as an agricultural journalist and talked about some of the people she had met during her career at Landline.

She was equally as passionate about the land as many of the people in the room, and she spoke about how sharing the stories of farmers around the country was truly rewarding work.

Day two of the conference saw the group split in two – with some attendees taking part in a field trip while others took part in a second workshop with Nicole Masters.

After some more fantastic catering and a one more learning session, it was time to wrap up the event and send everyone safely on their way back home.

Planning for the Talkin’ Soil Health Conference began a year ago so both the NACC and Wheatbelt NRM teams were thrilled to watch the two days unfold without a hitch.

NACC’s Sustainable Agriculture Program Coordinator Callum Love said it was excellent to see so many people with different views come together to talk soil health.

Congrats to everyone tweeting from #TalkinSoilHealth2018 in Dalwallinu: our hashtag #tsh2018 now trending in Australia: Number 2 on one site pic.twitter.com/ItX6WLukBQ

“The feedback we received from those who attended the conference was overwhelmingly positive which is great to hear after all the work that went into planning and organising,” he said.

“Everyone was Tweeting hard during the event too – we were trending across Australia at one stage which was amazing to see.

“The NACC team really enjoyed working closely with our colleagues over at Wheatbelt NRM and I am sure the second conference in Katanning later this week will also be a success.”

The Talkin’ Soil Health events were supported through funding from the Australian Government’s National Landcare Program, and the Building Better Regions Fund. 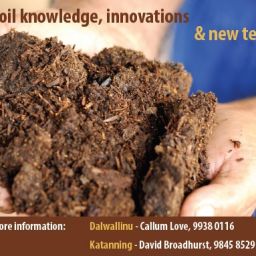 Book your place at the 2018 Talkin’ Soil Health conference 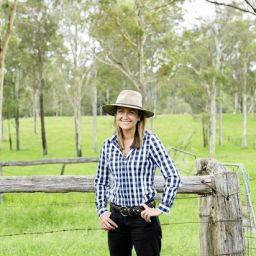 Book your place at the 2018 Talkin’ Soil Health conference

Searching for a Soil Champion