Lots of learning at the 2017 State NRM and Coastal Conference

It’s just as well the WA State NRM and Coastal Conference only comes around every two years, as there’s a lot to learn and absorb from the intense four days of presentations, posters, meetings, events, exhibits and corridor conversations.

NACC was once again well represented at this year’s conference, with all of the NACC presentations and contributions being well received by delegates. It was great to see so many familiar faces from the region on show at Curtin University – with a number of colleagues from local NRM, Landcare and Coastcare groups also in attendance. NACC provided assistance for some of our local community representatives to attend the conference – including Jude Sutherland from the Yarra Yarra Catchment Management Group and Anna Maxted of the Mingenew Irwin Group. Jude and Anna’s attendance was supported by NACC’s Regional Landcare Facilitator Stanley Yokwe, through funding provided by the National Landcare Programme.

Chuffed to have been asked to wear a “Gold Hat” @ #NRMcoastWA17 – to report back in the final plenary re the conference & state of NRM in WA pic.twitter.com/zplKmmY8Tx

NACC CEO Richard McLellan, who chaired one of the sessions and presented a final plenary summary of the conference, said it was an excellent conference – and a very good one for NACC and our partners in particular. Richard singled-out for praise, the team at Moore Catchment Council – who took-out the Landcare Community Group Award at the WA Landcare Awards.

NACC’s very own national award-winning Coastal and Marine team was also finalist at the Coastcare groups section of the WA Awards – but was unfortunately pipped at the post on the night. Program leader Mic Payne said it was an honour just to be a finalist, and thanked the WA Landcare Network for their nomination.

Richard expressed thanks to everyone from the NACC NRM region who represented our collective effort in NRM, Landcare and Coastcare, biodiversity conservation and sustainable agriculture. He especially singled-out Carnamah landcare Group convenor Paulina Wittwer, who said during her presentation: “We couldn’t operate without NACC. They’re a great support.”

With the conference over at the end of last week, the NACC team’s attention immediately swung-over the WA Threatened Species Forum – which will be held in Geraldton this week – 7-8 September – at the Queens Park Theatre. 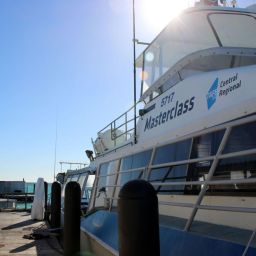 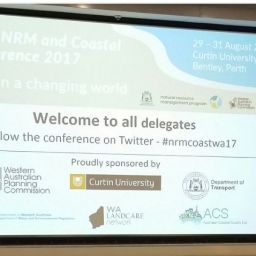 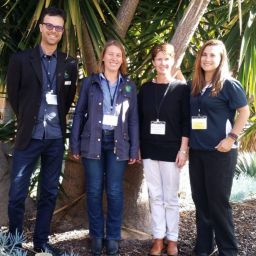