That’s right – our Malleefowl naming competition has come to a close and we have decided that NACC NRM is big enough for not just one, but two Malleefowl.

We had some great suggestions via Facebook, Twitter and email but the winning idea came from local Geraldton resident Matthew Csermelyi.

Matthew said “I saw a post on Facebook about the naming competition and straight away thought, NACC NRM should get another bird and call one Mal and the other Lee.”

“I then searched for Malleefowl on the internet and saw that both the male and female tend to the mound during breeding season, so it seems like a good idea that one be male and one female.”

Thanks for the great idea Matthew and your prize – a WA Parks and Wildlife Annual Park Pass – is in the mail.

Mal and Lee will reside one in each of our offices – Perenjori and Geraldton. But don’t despair, they will get plenty of opportunity to visit each other. In fact, 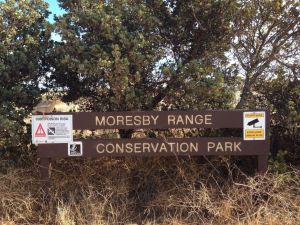 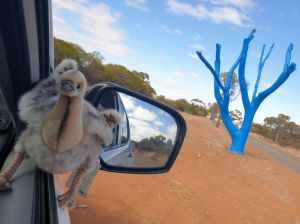 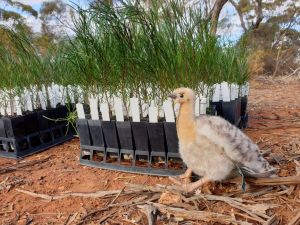 I will be taking Lee out in the region with me as I get out and about visiting some of our partner organisations and community members while participating in workshops and field days during June.

I’m confident Lee will be a great travel partner – maybe not so talkative though.

If anyone is interested in catching up with me while I’m out and about in June – or anytime for that matter – please don’t hesitate to get in touch. You can contact the office on 08 9938 0100 or email me directly at Katherine.Allen@nacc.com.au

Keep a watchful eye on Twitter for Lee and me, to see where we are headed to next. And follow the hashtag #MalleefowlMascot to stay up to date with Lee’s adventures, including when she meets Mal.