Of all the elements that NACC has much to be proud of over its 20-year history, one that is always at the top of the list is the organisation’s community roots, and its ongoing community connections, engagement and collaborations.

In the interests of maintaining all of this, and in continual improvement, NACC recently conducted a Community NRM survey to solicit feedback and comment on the community’s priorities for future NRM action in the region. Respondents were asked to comment on a range of topics, including especially their environmental priorities, with all respondents going into the survey draw with a chance to win an IPad. The survey was conducted online, as well as at agricultural shows in the region, including the Mingenew Expo and the Northampton show, where NACC staff helped participants to complete the survey.

In total, 65 participants completed the survey – providing a host of valuable comments that will help NACC  determine future strategic direction. 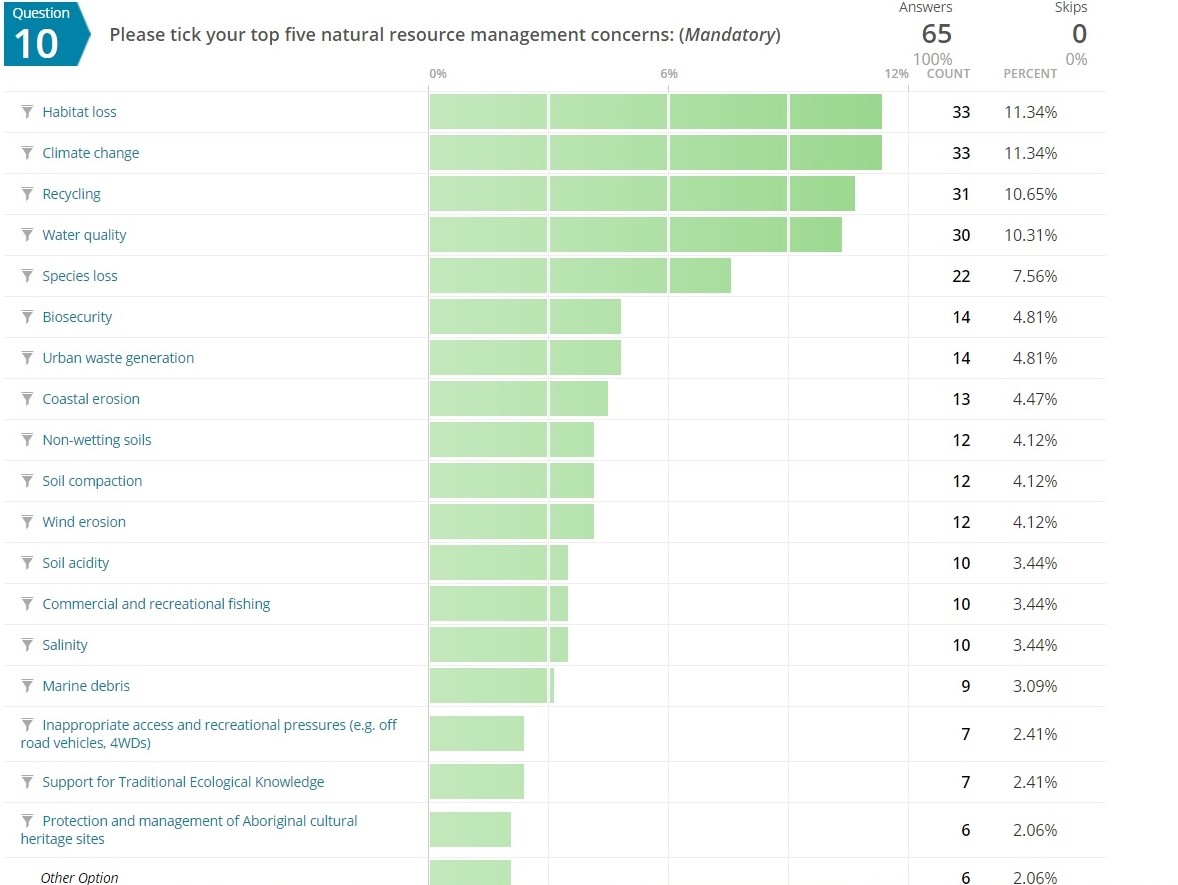 Just over half of all participants said they were actively involved in natural resource, environmental community group, or grower groups. Of those, most were involved with NACC (29%). Quite a few participants said that they were involved in grower groups (17%), or local environmental groups (15%), while others also mentioned Landcare groups (14%), other type of groups (8%), local Aboriginal groups (7%), Land Conservation District Committee (5%), Coastcare groups (3%) or Farm Agroforestry groups (2%). See graph below.

One way in which NACC likes to keep the community engaged is through the NACC region’s online strategy – NARvis – which was recognised by 47 per cent of the respondents. 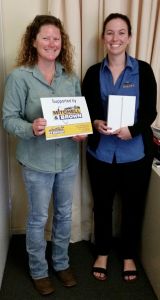 Survey organiser NACC Monitoring & Evaluation Officer Rolan Deutekom expressed thanks on behalf of NACC to all of the respondents and to the ‘lucky draw’ prize donor Geraldton business Mitchell&Brown.

“… And the winner is …. Drumroll … Kristen McDougall from Morowa.” 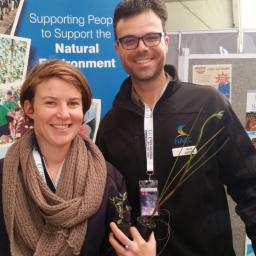 Have your say in the NACC Community NRM Survey