Home is where you find it

Everyone’s heard about “the man and his dog”, but have you met the man with his didgeridoo at NACC? (They’re just about as inseparable.)

Of course, we’re talking about Rolan Deutekom, NACC’s Social Science Research buff, who not only has a passion for looking after our environment, but also a keen interest in Aboriginal people, Aboriginal culture … and the didgeridoo.

“About eight years ago, I travelled to Australia on a Working Holiday Visa and, after landing in Perth and staying in Cottesloe for a short while, I bought a campervan and headed north on my “around Australia adventure”. But, like so many others before me (and since, I’ve discovered), I soon became “stranded” in Geraldton – thanks to its welcoming and friendly community, and have enjoyed it ever since,” Mr Deutekom said.

“I am originally from the Netherlands, where I had nurtured an interest in Australia and Its history and cultural heritage. I even learnt to play the didgeridoo, and was playing for about three years before I arrived in Australia in 2007. 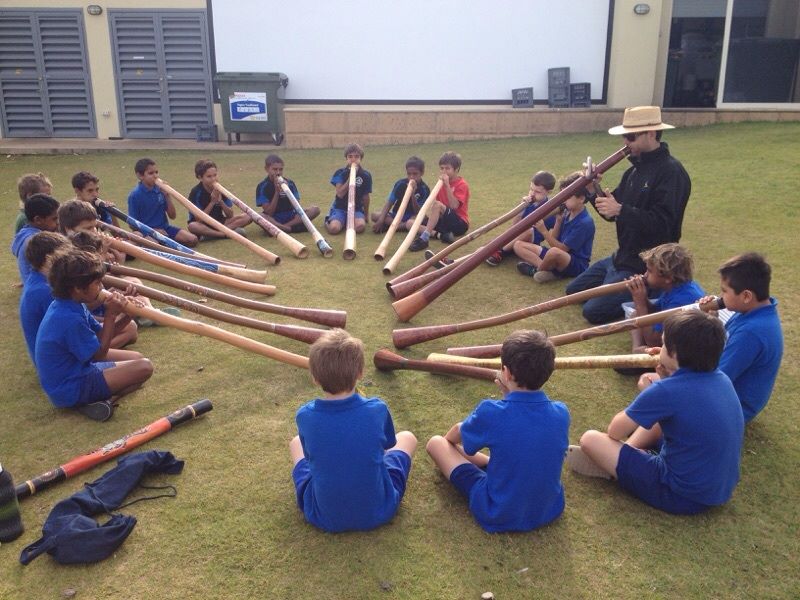 “My interest in the didgeridoo is intertwined with my interest in Aboriginal people who have inhabited and looked after this continent for more than 40,000 years.

“In the Geraldton area, the didgeridoo has not traditionally been played. Knowing this, I consulted with several local Aboriginal Elders, and they gave me the okay to go ahead and to play and teach in the area.”

Over the past three years, Mr Deutekom has taught students at Rangeway Primary School – the “didgeridooboys” – on a casual basis, while also hosting workshops at Bundiyarra Aboriginal Corporation.

“If you see Aboriginal boys play the didgeridoo around town (or on TV on 18 October for Telethon!) it is very likely you are listening to my students,” he said.

“Even though I’ve been playing this amazing instrument daily for more than 10 years, I still get an amazing kick out of it, and am always coming across new rhythms, sounds and compositions. Together with fellow musician Ralf Mulks, I will be launching a first CD, “Digital Nomads”, this December.”

On the work front, Mr Deutekom found his way to NACC in 2008 after studying in Amsterdam.

“I had just finished a Masters of Science, in Science and Technology Studies (social science) at the University of Amsterdam, and was lucky enough to find work as a research assistant at the Western Australian Centre for Rural Health in Geraldton, working on an Aboriginal health project,” he said.

“Through also doing farm related work in Greenough, I managed to obtain a Second Working Holiday visa and prolonged my stay.

“I always had a passion for looking after the environment and was fortunate to start working with NACC in 2008.”

At NACC, in addition to his social science initiatives, Mr Deutekom also plays a leading role for reporting NACC’s activities and outcomes to its funding bodies, predominantly the Australian Federal and State Governments.

“I feel privileged to contribute to the fantastic work that NACC is doing in collaboration with its many partners to protect and improve the precious natural assets of our region – so many of which can only be found in this area,” he said.