Get to Know Your Local Recognised Biosecurity Group (RBG)

Most of the Shires within our NACC NRM region are now covered by a Recognised Biosecurity Group (RBG). These community-based groups have been set up to coordinate approaches to controlling pests and weed species, and each group focuses on pest species deemed a priority by the local community . These are generally species that have the the most detrimental impact on productivity within the region.

There are a number of plant and animals present in our region that are “declared species” under the Biosecurity and Agriculture Management Act 2007 (BAM Act) and as such, all landholders have a responsibility to manage these pests on their own property. RBGs support landholders, both public and private, to fulfil their legal obligations under the BAM Act to control declared pests on their properties, and to minimise the costly impacts of declared pests in their communities.

Depending on when you are in WA, the BACM act can allow some formally recognised RBGs to set a Declared Pest Rate (DPR), which is paid by landholders in their region, the size of rated properties varies between groups but mostly these are property holdings over 100 hectares in size. There are also a range of minimum rates set by RBG’s across WA. DPRs are set by the management committee of the RBG which is usually made up of landholders from their respective areas and is only set after an extensive consultation process. The State Government then matches the money raised through the rate, dollar for dollar, with the resulting funds available to be spent within the jurisdiction of the RBG.

You can find more general information about RBG’s here: https://www.agric.wa.gov.au/bam/learn-more-about-your-rbg

For local information, your best point of contact is your local RBG Executive Officer:

Covering the Shires of Chapman Valley, Northampton and the Mullewa and Greenough localities of the City of Greater Geraldton.

Covering the Shires of Dalwallinu, Koorda, Morawa and Perenjori 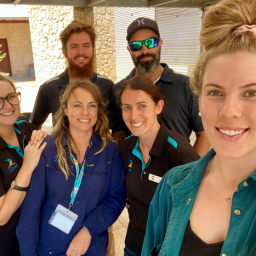 From Feral to Fork