Fighting ferals – communities on the frontline against feral pests

“Feral”, invasive or exotic pest animals are taking over our country.

If that sounds just a tad too sensational, consider for example the recent scientific paper which found that feral cats now occupy 99 per cent of the Australian landscape. Millions of them!

“Australia’s total feral cat population fluctuates between 2.1 million (when times are lean), up to 6.3 million when widespread rain results in plenty of available prey,” said lead author Dr Sarah Legge from The University of Queensland in a recent report. 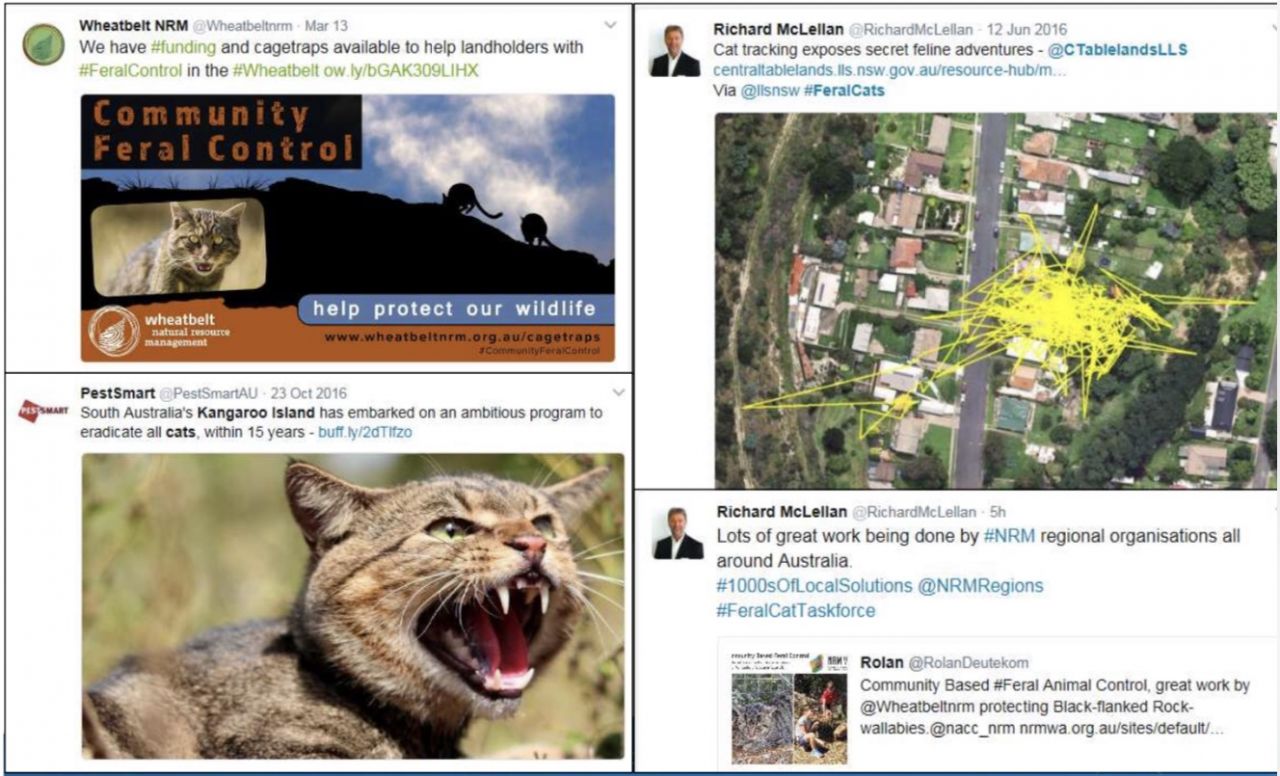 You can add to that tip of the iceberg: the European red fox, rabbits, goats, camels, dogs, cane toads, deer, wild horses …

The scale of the problem and its impact – from feral cats alone – is quite staggering. Millions of cats in the bush are killing millions of our unique native animals – many of which are now threatened with extinction. Feral cats have already been implicated in 28 species of mammals going extinct in Australia in the past 200 years – the worst extinction record of any country in the world over that period.

Fortunately, there is some great work going-on all around the country to control feral cats, and I’m personally encouraged by the reports that come in to the national Feral Cat Taskforce (on which I sit as a representative of Australia’s 56 NRM regional groups). Our NRMWA groups, and the Department of Parks and Wildlife, are doing some great work – with DPAW showing real national leadership in this area.

The challenge in controlling feral cats, and just about every other feral animal species, is that much of our country is privately-owned or managed, with the pest control falling back on the shoulders of local land owners and managers.

Fortunately, a lot of the latter are rising to the challenge, as they have done for years with pests like rabbits and foxes. And, while feral cats are not quite targeted the same (they are not yet listed as a Declared pest organism in Western Australia), there is some great community-led work being undertaken across our state.

I had the opportunity to speak about feral cats at the Chittering Landcare Centre Feral Forum last week – at which feral cats, foxes, rabbits, dogs and pigs all came under the spotlight.

It was immensely motivating to see so much community interest in the problems highlighted by the speakers, and the types of actions being undertaken by different groups and individuals to claim-back some of our country.

Participants were treated to a real-time demonstration of a feral pig trap by Andrew Lockey from WA Feral Animal Management.

Andrew has a trap in operation that is effectively an open pen with a drop-down gate that is monitored by remote camera – so you can watch wild pigs go into the yard in real-time. A sensor beam on the gate sends a message to Andrew’s mobile phone whenever animals enter the yard. He can then monitor the activity on his phone’s screen (or other device), and remotely shut the gate by just hitting a tab on the phone. It was impressive, community-led, and making a difference.

There’s actually a lot that all of us can do to prevent the ongoing explosion of feral species across our country. I’d encourage you to talk to your local NRM group if you’d like to know more.

Thank goodness this issue is finally being taken seriously. You only have to walk along the firebreaks to see how many feral cats there are on the farm. Very hard to kill unless you have a dog to chase them up a tree and a rifle close at hand. They are wary of the cat trap, which is really just a drop in the ocean approach anyway.