The sky is the limit for the York Gums at this Perenjori farm.

On a planetary scale, they’re just a “drop in the ocean”, but down on the ground on the Logue’s farm near Perenjori, thousands of trees and shrubs are starting to make a real difference to the landscape.

The mixed native trees were planted in saline land on Phil and Bev Logue’s property about a year ago, as part of a private-public partnership Northern Agricultural Catchments Council (NACC) initiative.

The planting site was carefully designed, using three plant species mixes, to work with the different soil types and salinity levels in different areas on the property.

It’s now 12 months on, and some of the trees are almost two metres tall.

Through NACC’s Rivers and Wetlands Project, a selection of tree and shrub species were chosen which could not only tolerate salinity, but would also provide habitat for a variety of native birds and insects.

This has been an added-bonus outcome for the Logues, as Phil and Bev are keen bird watchers.

The pair are also involved with the Perenjori Farming Forward group and the Central Wheatbelt Declared Species Group.

Phil Logue said the planting project was extremely successful for his property.

“I am over the moon with the planting results, we had an 85-90 per cent success rate,” he said.

“The skill and expertise of the NACC staff made the project much easier. Lizzie King’s help with species selection was fantastic. The project would not have been possible without the funding and assistance.”

NACC Natural Resource Management Officer Heather Legge said it was great to see the great results of the project, even after a year.

“It is great to be able to assist such already active and environmentally-conscious community members,” Heather said.

“These trees and shrubs will be enjoying the much-needed rain the Northern Agricultural Region has recently received, and hopefully this is helping all the new revegetation works along.”

The planting was made possible through funding from the Australian Government’s National Landcare Program, which funds NACC’s Rivers and Wetlands project as part of the organisation’s Biodiversity Program. 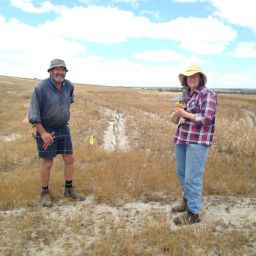 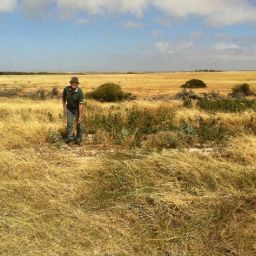 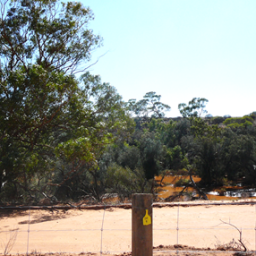