Everything benefits from regular check-ups

People who live in Geraldton will recognise that this is a highly dynamic coast where wind and waves are constantly re-arranging the coastscape.

This fact was driven home during a recent busy bee held by Geraldton’s Batavia Coastcare Network (BCN) during which the team undertook maintenance works on coastal plantings at Cape Burney.

Since the original planting 10 weeks ago, a series of strong cold fronts have lashed our coast. And, while these delivered some very welcome rain, the winds also shifted a lot of sand around.

Some seedlings planted on the seaward side of the fore dune had sand scoured away from around their roots, while those at the top of the same dune were buried under a sand tsunami.

Fortunately help was on the way, as members of BCN arrived en masse to fix the problem.

First, tree guards were removed – as these tend to exacerbate sand scouring in high winds. They can also trap extra wind-borne sand, which increases the problem of burying. With tree-guards removed, plants could either be dug-out to give them some breathing space, or sand shovelled in to cover exposed roots. The plants certainly looked much happier after this treatment.

Finally, sand-trap fencing – consisting of wooden stakes and natural jute netting – were placed at the base of dunes where scouring was most evident. These fences catch wild-borne sand and gradually become buried as the dune is rebuilt around them.

Mic Payne, Chair of BCN, said during the first inspection of the 10 week-old planting that “things were looking fairly grim”.

“Many of the plants were either scoured or buried,” he said.

“Following our busy two-hour stint however, the plants looked so much better, and in fact survival rates are now over 90 per cent.”

“This really highlights the need for regular check-ups and maintenance of revegetation projects to maximise success. Now that spring has sprung into action, we will have supplementary watering equipment ready to roll when needed”, he said.

The Batavia Coastcare Network greatly appreciates the continued support from NACC, the City of Greater Geraldton, and its passionate community members.

For information on the Batavia Coastcare Network and to join up please visit our website https://bataviacoastcare.com.au/ . 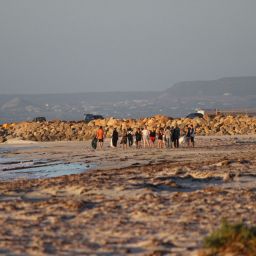 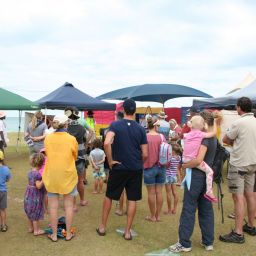 It’s time your favourite beach got a spring clean 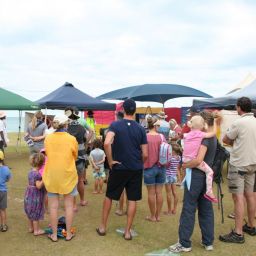