Australia’s native dung beetles have evolved alongside our native marsupial species and their small, dry, fibrous dung. With the introduction of stock animals and their much larger and moister dung, our native ecological engineers were well out of their depth and without a paddle. And as our national stock herd grew, so too did the issue of dung dispersal.

In the 1950s it was suggested that importing dung beetle species that were already equipped in waste disposal of stock animals would be a solution to the overabundant dung, and the success story begins here. Between 1967 and 1982, 55 species of dung beetles were introduced into Australia by CSIRO. Of these, 37 were intended for summer rainfall regions of Northern Australia. Eight species were reared in insufficient numbers, but the remaining 29 species were liberated in at least one locality in Northern Australia; of these 22 originated from southern Africa.

The activity of dung beetles disturbs and buries fly breeding sites and recycles nutrients into the soil. It also releases the nutrients locked up in the dung pads and returns them to the ground. This action increases water penetration into soil, which reduces run-off and increases root penetration and soil aeration.

Not only does dung foul pasture, obstruct plant growth and promote rank unpalatable growth around the edge of dung pats, if undecomposed it can immobilise plant nutrients, retarding the recycling process. On top of this, dung is a major breeding ground for the buffalo fly, the native bush fly and multiple species of biting midges. 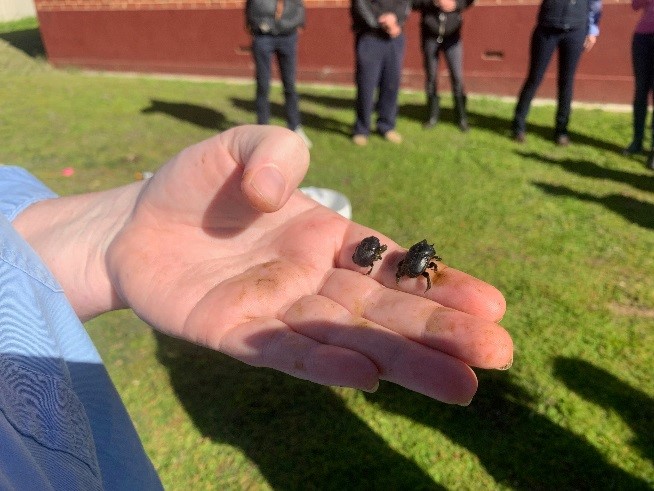 NACC NRM’s Regional Agriculture Landcare Facilitator Annabelle Garratt was lucky enough to attend the workshop and had the opportunity to get up close and personal with dung beetles.

“I have since developed a new found love for dung beetles and what can they can do for the farming community.”

“Dung beetles have a wide range of benefits which include increased pasture productivity, reduction in numbers of dung breeding flies, and conservation of soil nitrogen through reduction of loss of faecal nitrogen.”

If you would like to know more about this project, dung beetles or sustainable agriculture, please get in contact with our Regional Agriculture Landcare Facilitators – Lizzie King (E) Lizzie.King@nacc.com or (P) 0447 361 335 and Annabelle Garratt (E) annabelle.garratt@nacc.com.au or  (P) 0448 986 879.

MIG are involved in a national project with Meat and Livestock Australia called the Dung Beetle Ecosystem Engineers (DBEE) Project - which aims to fill in the gaps in the distribution of beetles in southern Australia by introducing new species. It will also build on previous research to expand the distribution of existing species, develop a supply and distribution pipeline so more livestock producers can access beetles, and quantify the ecosystem services and economic benefits provided by dung beetles.

The project will incorporate several levels of beetle activity monitoring, of which some is being undertaken by our friends at MIG. The project is also welcoming input from groups wishing to be involved in less intensive monitoring. With data from across Australia being a huge benefit to the DBEE project. If you would like more information on how you might get involved please contact https://www.dungbeetles.com.au/ 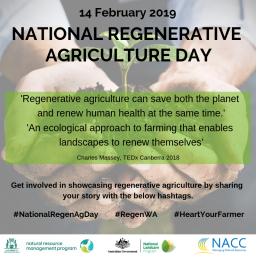 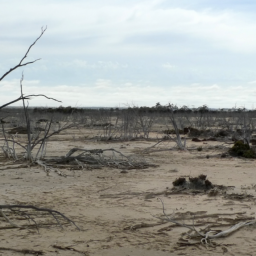 Assault On Our Land 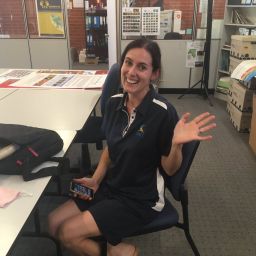