It was case of “drinking through a fire-hose”, when for two whole days the Queens Park Theatre in Geraldton was packed with passionate and hard-working scientists and conservationists absorbing as much information as they possibly could in the short space of time about saving Western Australia’s most threatened flora and fauna species. 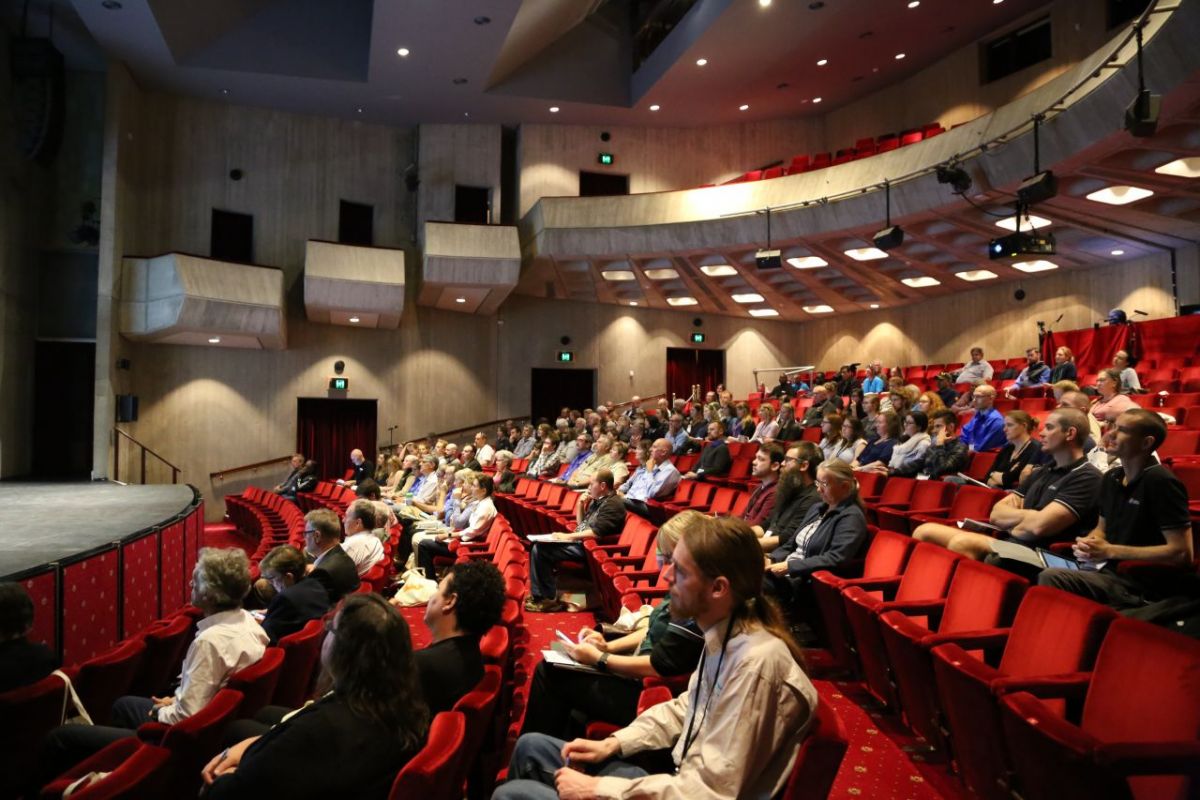 The event – the 2017 WA Threatened Species Forum – was hosted by NACC and the other six WA NRM groups in partnership with the Department of Biodiversity, Conservation and Attractions. Approximately 170 delegates attended the event – mostly from WA, but some interstate, and even a couple from overseas.

Throughout the packed schedule, expert speakers from a range of organisations presented talks on a range of fascinating topics including how to save our state’s magnificent banksia woodlands, the critically endangered Gilbert’s Potoroo, the mysterious disappearance of sea snakes from the Ashmore Reef, and the importance of fire for the regeneration of so many unique WA flora.

During the breaks between sessions, guests were treated to delicious delicacies provided by Hospitality and Catering staff and students from Central Regional TAFE, and took the opportunity to snap photos with a few larger-than-life threatened species friends (in costume).

Key note speakers Carlos Drews and Penelope Figgis captivated the audience with tales of their work with the Jane Goodall Foundation and the IUCN World Commission on Protected Areas respectively, while ecologist Mark Burgman “wowed” the audience with his presentation – delivered via Skype all the way from Imperial College in London.

Traditional owners from the Martu region spoke about their work as Indigenous Rangers and touched on one of the main take-home points from the Forum – that feral animal control is vital in the fight against the extinction of species in Western Australia and across the nation.

Another highlight of the conference was a virtual appearance by Australia’s Threatened Species Commissioner Gregory Andrews who spoke with his usual passion and conviction for threatened species conservation.

Whilst unable to attend the Forum in person, Mr Andrews spoke passionately about his work, and thanked all of the delegates for their efforts in saving threatened species.

“We have improved trajectories for multiple species across Australia,” Mr Andrews said.

“There are currently more Numbats surviving in the world than there were in 2014, and species such as the Chuditch are thriving thanks to a number of conservation interventions.

“Of course, we still have 1,900 plants and animals at risk of extinction, so I am not saying it is better for all of them, but we are making a dent.”

The Threatened Species Commissioner is in the house! Well… sort of ? #TSforumWA pic.twitter.com/ORBjgkq838

Mr Andrews also highlighted the importance of Indigenous land management, and said he is convinced it is one of the most effective ways of protecting threatened species.

“I am really proud of the way we have collectively been lifting up and embedding the knowledge of Indigenous Australians into our threatened species investments,” he said. “This is something I have had a deep passion for.

“I am also very proud of the way in which we have all worked together to bring the threat of feral cats to a national level and to educate the population about this issue.

“When it comes to threatened species, we need new ideas and innovative technologies – we can’t afford to be close-minded on solutions.”

NACC CEO Richard McLellan said the 2017 Forum was a great success and exceeded all expectations – with a great line-up of speakers and topics, a great turn-out of delegates, and a flawless four days of activities.

“It was an amazing program, with too many highlights to single-out any one presenter or subject,” said Richard, “although it was hard to go past the passion of Carlos Drews and Gregory Andrews.

“It was also inspiring to hear from representatives from remote northern and central Australian Aboriginal ranger programs, and from representatives of small community groups, ‘citizen scientists’ and volunteers working hard to save our iconic threatened native plants and animals. 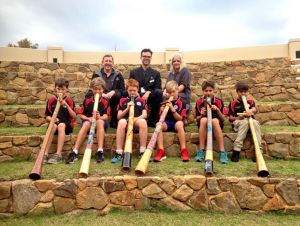 “Their willingness to share their stories at this year’s Forum will keep us ‘fired-up’ in our work that will easily last until the next conference in two years’ time.”

Richard expressed his thanks on behalf of NRMWA and co-host the Department of Biodiversity, Conservation and Attractions to everyone who attended and supported the Forum, and those who volunteered their time to ensure it was a success. He especially thanked NACC Biodiversity Program Leader Dr Jessica Stingemore who oversaw the development and delivery of the conference; volunteers who helped before, during and after the Forum; and the members of the Forum’s scientific committee who developed such a high-quality program.

“We look forward to seeing everyone at the next WA Threatened Species Forum in 2019” he said.

Key sponsors of the event included WWF-Australia, the Bendigo Bank, Terrestrial Ecosystems, Natural Area, the City of Greater Geraldton (the team at QPT did an awesome job), and the Australian Government’s National Landcare Programme.

To Richard, Jesse and the amazing crew at NACC I would like to say that I felt most privileged to attend the recent Threatened Species Forum in Geraldton. I have been involved with conservation / environment and wildlife on a volunteer basis through out my life and support a number of organisations. I found every single speaker engaging and so interesting and learnt so much from this forum. I also felt totally inspired as to the amazing work that so many incredible people are doing and working so tirelessly to work towards a positive future for our threatened species and our natural environment not only nationally but also globally.

Huge congratulations to all involved and the field trips to Kalbarri and the Abrolhos Islands were just simply amazing. Both blew me away but the Abrolhos especially with countless whales (lost count) amazing bird life and the opportunity to spend time with more amazing people. Thank you and I hope I can attend the next one in 2019.

Truly a inspirational 2 days, TEC Commissioner Gregory Andrews is an outstanding TEC advocate
Many thanks to all involved as without your dedication events like this would not happen