Those boots are made for walking… so why not head down to your local farmers market this weekend and show your support!

Join thousands of Aussies across the country this weekend who will be putting on their boots to show local farmers that they care and want them to keep producing healthy farm fresh Aussie food.

As part of a national “Boots for Change” campaign, the Geraldton-Greenough Farmers Market is partnering with the Midwest Multicultural Association, ABC Heywire, Australian Farmers’ Markets Association and Blundstone this weekend, to run an event featuring “Blundstone Boot Tossing” at Maitland Park to promote the importance of local food production in the Northern Agricultural region. 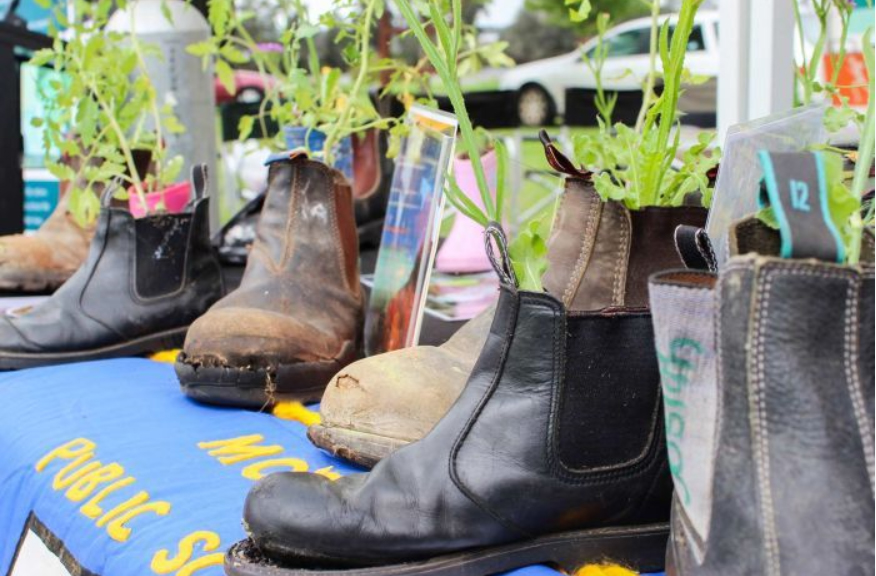 People from the community are asked to join for Blundstone Boot Tossing event to show their support and have fun.

“Paddock to Plate Produce” is also available every Saturday at Maitland Park between 8am to 12 noon.

These young women were from farming backgrounds and knew the issues that were affecting rural Australia and farming families. So, they proposed a national awareness campaign aimed at sparking conservation about grassroots farming and promote the importance of local produce.

NACC Regional Landcare Facilitator Stanley Yokwe said in the Northern Agricultural Region of WA, there were more than 3000 small farming families who are working hard to produce fresh food for Australia’s dinner table.

“Supporting these small farms by buying Aussie local fresh food can not only be beneficial to your health, but also is important to our natural environment,” Mr Yokwe said.

“By doing so, you are also in putting your dollars into supporting the local community and farmers directly.”

Can you adopt the Boots for Change idea in your local community?

If you are a local market group, and would like to adopt the Boots for Changes concept, there are currently grants of up to $10,000 available from ABC Heywire to make Boots for Change a reality in your community.