Kane and Jarna were lucky enough to be invited to the well-known Carnaby’s Black-Cockatoo breeding site at Coomallo Creek to help with the annual nest monitoring program!

Denis Saunders began studying the ecology and behavior of Carnaby’s Black-Cockatoos at Coomallo Creek, east of Jurien Bay, in 1969. Denis’s work and the later work of fellow scientists Peter Mawson and Rick Dawson has over the years has provided them all with a wealth of knowledge about Carnaby’s cockatoos to share with the public.

Denis says being a part of monitoring the birds has proven to be a very special and unforgettable experience.

“Once you have held an endangered baby Carnaby’s cockatoo in your hand you will never be the same,” said Denis.

Through funding from the Australian Government, NACC NRM is working with Birdlife and leading experts to help recover the endangered Carnaby’s population and prevent population decline.

Coomallo has numerous nesting sites including artificial hollows which the birds are happily utilising across the site. While nesting hollows are one of the essential tools for management of this species, they are only part of the solution. Carnaby’s face many threats including historical and new land clearing, habitat fragmentation, loss of foraging grounds and breeding habitat, road strike, poaching, persecution and climate change.

Some of the planned project activities will include the protection of existing breeding and feeding sites, revegetation, installation of artificial nesting hollows, repair of old and damaged hollows and control of competitor species, such as feral bees.

Did you know? The Carnaby’s Cockatoo rarely use the same hollow to nest in if the breeding attempt the previous season was unsuccessful.

If you would like to learn more or get involved in NACC NRM’s Carnaby’s project, contact NACC NRM’s Bushcare Officer Jarna Kendle at Jarna.kendle@nacc.com.au or 9938 0108. 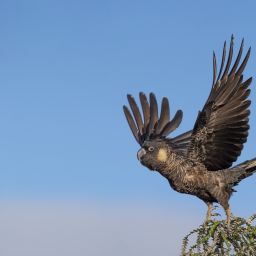 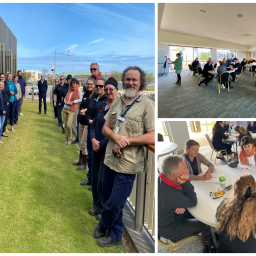 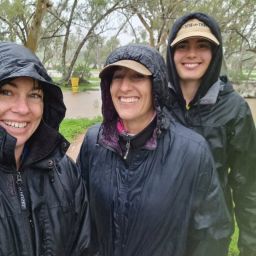 Thanks for your support, Heather! The Biodiversity team are extremely passionate about these birds and are making such a positive impact. We also thank you for the incredible snaps you’ve provided us of Carnabys! Your photos are just awesome!
All the best!