Also known as the marl, the Shark Bay Bandicoot is the smallest species of its kind. It has a brown/grey body, with large pointy ears, a long nose, and a short tail.

Some bandicoots will lose their tails during fights with other bandicoots. Females are usually larger than males, and on average, the bandicoot will weigh from 200 grams to 250 grams.

These bandicoots are nocturnal, meaning most active at night, as well as omnivorous meaning they feed on both plant and animals. During the night, they are busy digging for invertebrates, small animals, seeds, herbs and roots.

During the day, they seek refuge in grassy nests within hollows. They move very quickly, making it easy to grab fast-moving prey and change directions while on the move.

Breeding occurs in winter and spring. The females will begin breeding at 3-5 months old, and will hold their young, usually one to three, in their backward facing pouch. This keeps any dirt or debris from entering the pouch while digging. Gestation occurs for approximately 12-13days, and juvenile bandicoots are self-sufficient after this time. Their life span is around four years.

Cats and foxes are the biggest threat to the Shark Bay bandicoot. Populations became extinct on mainland Australia in the 1940s, however wild marl populations still occur on Bernier Island and Dorre Island in the Shark Bay region. They have been successfully translocated to feral free sites like Faure Island thanks to the Australian Wildlife Conservancy. 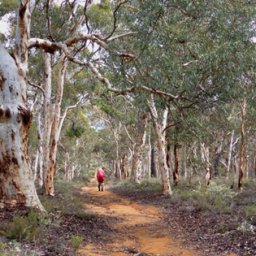