Count Us In: Surveying Carnaby Populations in the NAR

The investigation was made possible by looking into high-up tree hollows using a pole camera. The team trekked for many kilometres, carrying heavy packs and equipment to sneak a cautious peek of our feathered friends, the Carnaby.

NACC NRM Bushcare Officer Jarna Kendle said that monitoring during this time of year requires at least three litres of water per person along with heavy monitoring equipment. This didn’t deterthe passionate group of Carnaby volunteers.

“Carnabys are monogamous animals, so the female relies on her partner to feed and water her whilst she is on the nest.”

Ms Kendle says that having all these resources in abundance and close proximity is what gives Murchison House Station potential as a successful breeding ground for these birds.

NACC NRM’s ‘Protecting Black-Cockatoo’ project is identifying breeding grounds in the NAR. The project aims to protect and restore foraging habitat and breeding grounds to secure the future of the iconic Carnaby.

The Murchison House Station survey identified one new hollow with a confirmed Carnaby chick which appears to be approximately 8 weeks old. The survey also noted hollows being utilised by Red-tail Black-cockatoos, Boobook owls and even Ducks.

“The monitoring project highlights the tremendous knowledge and experience of dedicated volunteers who invest much of their time in monitoring this threatened species,” said Mrs Chapple.

“This is hopefully the first step in uncovering the dynamics of our most northern Carnaby’s.”

Further surveys are planned for the area to unlock the secrets of WA’s northernmost Carnaby population.

This project is funded by the Australian Government. 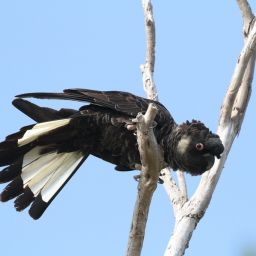 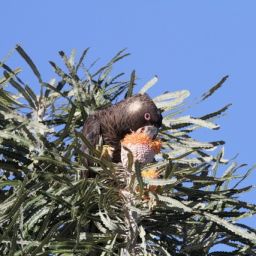 Thank you for all your assistance, Heather. We’re looking forward to more successful surveys this year!