Are summer cover crops possible in the Northern Agricultural region? The answer is, it really depends on the rainfall.

As we all know, there is no crystal ball when it comes to weather. What is evident is that our winter rainfall has been declining, and we have been getting higher intensity summer rainfall events.

Planting preparation included controlling annual weeds and more importantly, waiting until the soil temperature reached at least 17 degrees. No fertiliser was added, as background levels were good. Rains during October and into November helped the plants establish, and there have been several rainfall events since then, with significant rain in late February/early March.

Geoff says that it was a bit of a trial to see if the sorghum would grow and stay alive over summer. Having seen this year’s results, he is keen to do more.

“The sorghum has been grazed by 50 cattle and 1400 sheep, which on 150 hectares, is much higher than their average stocking rate,” said Geoff, who thinks incorporating a summer cover crop could fit into their soil amelioration program.

“We have areas we would like to improve using a Plozza plough, which will help to bring up clay from 350ml depth, and reduce the non-wetting issues.”

Typically, this would be done during autumn, allowing time for cover to re-establish on the site before summer. The risk of doing this later in the year is creating bare soils that are very susceptible to wind erosion. However, if a summer crop could be planted following the ploughing, Geoff believes he will get a soil amelioration result and minimise the wind erosion risk over summer.  The added bonus is that it provides grazing for livestock and even potential for cutting and baling for hay.

There are other NRM benefits to growing a summer crop besides reducing wind erosion. In a typical wheatbelt cropping system, an annual crop may be growing for 6 or 7 months of the year. For the remaining months, there are very few living roots in the soil. Living plants can be very effective at reducing water erosion. They hold up water movement through the landscape, increasing time for infiltration and recharging the soil, reducing runoff where water is lost from the system.

Another benefit is for soil biology.  Living roots support active soil biology. Having a living groundcover on the soil can also significantly reduce the soil’s surface temperature, which again helps to protect the soil biology. Actively growing plants also helps to increase soil carbon through increased organic matter. There is a dramatic increase in soils’ water holding capacity with just a 1% increase in Soil Organic Carbon.

If you are growing or thinking about growing summer cover crops, would you be interested in joining an online group? Please contact Lizzie or Annabelle to find out more and how to get involved. 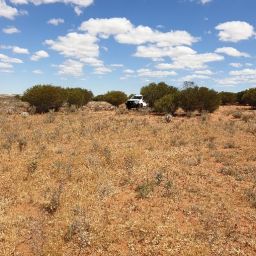