Community Comes Together to Clean Up Coronation

On Saturday the 10th of October, NACC NRM celebrated the 16th annual WA Beach Clean Up Day by hosting a clean-up at Coronation Beach!

The day was one of 72 registered clean-ups along our state’s coastline and was made possible thanks to funding from the Mid West Ports Authority. Forty community members braved the strong southerly winds on Saturday afternoon and collected over 124 kg of litter and marine debris.

Before disposal, these items were sorted into categories, counted and this data was entered into the Australian Marine Debris Initiative Database. This is an important step in the process as the data that comes from these clean ups are vital in understanding the kinds of debris and litter that are impacting our marine environment. Without this precious data, we would not have the evidence needed to create solutions to stop marine debris and litter at the source.

Being a popular camping beach, the clean-up crew collected many consumer containers including 152 aluminium cans and 99 glass bottles. Several hundred plastic remnants were also removed from the beach, along with 136 plastic fishing items. After the items were sorted, they were set aside for recycling or to be disposed of in the skip bin provided.

The event wrapped up with a sunset BBQ thanks to the Chapman Valley Menshed, followed by a very special film screening on their ‘Shinema’. Putting the windy weather in perspective, the film North of the Sun, followed 2 surfers camping for 9 months on an arctic island by the coast of Northern-Norway. There they built a cabin out of driftwood and other materials that washed up on shore, and during their stay collected 3 tons of marine debris.

For those of you that do collect marine debris or litter from your local beach, it is worth checking out the Tangaroa Blue – AMDI smart phone app and start recording what you find. Since 2004 more than 15 million pieces of data have been inputted into the Australian Marine Debris Database, creating a comprehensive overview of what amounts and types of marine debris are impacting beaches around the country.

NACC NRM would like to thank the Mid West Ports Authority who funded the event and the Chapman Valley Menshed along with Iluka and Tangaroa Blue for their support. Many thanks must also be bestowed upon the dedicated volunteers who attended. 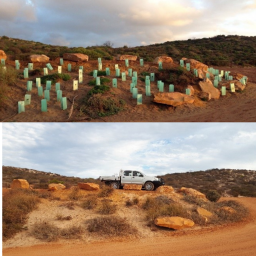 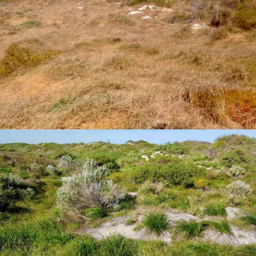 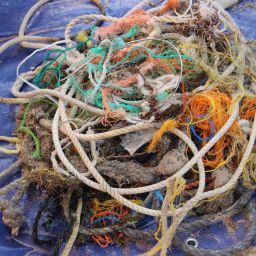 Wow awesome effort to all Involved ………congrats to all who organised aNd most of all the wonderful volunteers ….such a positive contribution to our special part of the world 🌎

It certainly is special to see so many people willing to lend a hand!