There was so much information coming out of the WA Threatened Species Forum which we hosted in Geraldton last week … that it’s hard to do justice to any one thing in particular.

However the focus on solutions, partnerships, innovation, invasives, habitat and much, much more, ensured there was a lot to talk about before, during and after the conference.

One concept that really recurred throughout the conference – and stayed “front-and-centre” as a huge “take-home-message” from the conference – was the number of stories about threatened species projects which owed their success to great partnerships and collaborative effort. It was a recurring and obvious key element for achieving ambitious outcomes in this difficult and demanding domain. 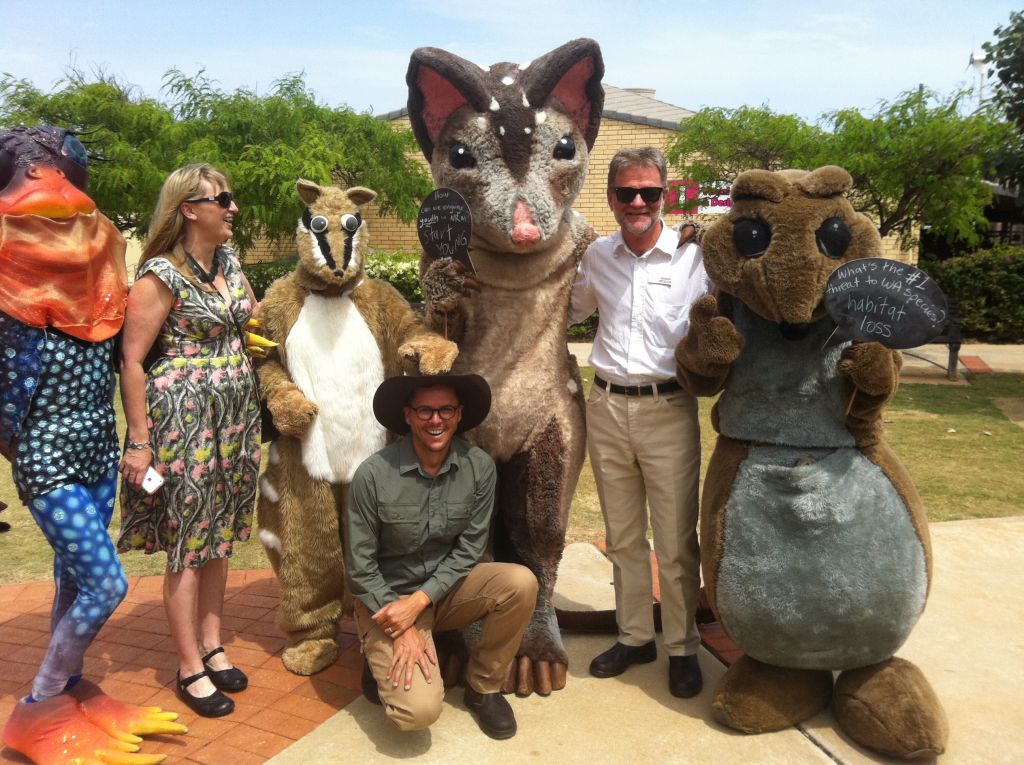 Collaboration was also critical for the success of the Forum itself, and although NACC was the driving force behind the conference, it wouldn’t have been possible with a huge amount of effort and input from a large number of our partner organisations.

At the top of the list, I’d like to thank everyone concerned at the Department of Parks and Wildlife Geraldton office, and Durack Institute, for their outstanding contributions, as well as our six fellow regional NRM organisations (Rangelands, Wheatbelt, Perth, Peel-Harvey, South West, and South Coast).

To showcase some of these fantastic partnerships on ground, four Threatened Species field trips were hosted on Saturday 31 October.

The Chapman River Regional Park field trip saw 15 people attend. Participants discovered seedlings that were thriving in areas that had been planted by the dedicated community member. They also Learnt about the BCMI Tilapia project while the researchers were actually doing some scientific monitoring. It was great to see the aquatic life under the muddy waters. People also learnt about some of the major threats in the park including illegal off-road vehicles and weeds, and some of the positive partnerships with the city and other groups.

The Kalbarri National Park field trip had 12 attendees for a day of adventure in the NAR. This team visited DRF (Declared Rare Flora) sites Androcalva bivilosa and Grevillea bracteosa subsp. bracteosa, saw fossilised tracks of land tracks of a giant water scorpion called Eurypterid over 420 million years old and learnt about the issues associated with translocations and revegetation. All before it finished off with with a breathtaking sundowner on the Moresby Ranges.

A tour of Lesueur National Park also saw 25 people attend. The “Tag –along” concept was very popular and people learnt about feral pig and dieback management and also saw many of the park’s 900 plant species -still flowering.

The fourth and final field trip of the day was spent at the beautiful Abrolhos Islands Field Trip, where 25 people spent the day discovering the Mid West’s best kept secret. People were visited by a pod of cheeky dolphins, who played in the boats wake. They also took selfies with sea lions basking in the sun, engaged with the underwater marine life whilst snorkelling in the crystal clear waters, and learnt about how important the islands are for fairy tern habitat.