To the delight of local bird-watchers, the call of ‘Wee-la, Wee-la’ was heard loud and clear right across the skies of Southwest Australia last week.

Listening-out for the distinctive call were thousands of WA community members who get together every year in early April to count Black-cockatoos as part of the Great Cocky Count (GCC). The survey occurs at sites across the southwest on a single evening, and volunteers are allocated to a known roost site to count the number of black‐cockatoos arriving.

This year more than 20 local bird-watchers joined NACC and the BirdLife MidWest-Geraldton group to count Carnaby’s black-cockatoos in Chapman Valley – home to the most northern populations.

The count began just before sunset, and ran until the sunlight dissolved from the skies an hour later, with more than 279 birds recorded. In addition, several members of the group were fortunate enough to spot a flock of more than 200 Red-tailed cockatoos. 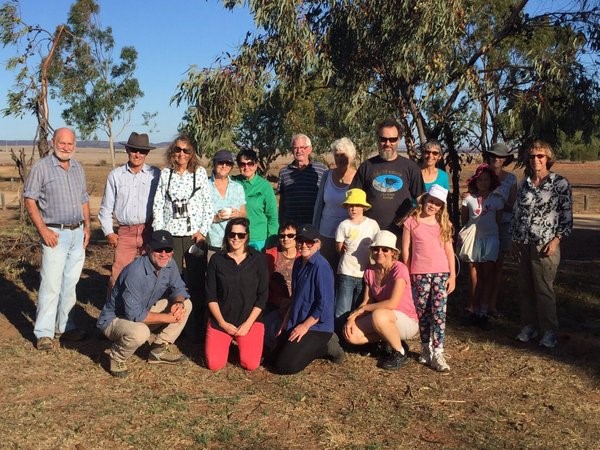 One of the reasons why the Great Cocky Count event is so important, is that Carnaby’s black-cockatoos are a threatened species – listed as Endangered under the Commonwealth Environment Protection and Biodiversity Conservation Act 1999 (EPBC Act). The count helps determine if there has been a change in the bird numbers from previous years, and identifies habitat that is important to the cockatoos.

NACC chief executive Richard McLellan said habitats for the Carnaby’s cockatoo were shrinking as all-important trees were destroyed by fires and urban development.

“Habitat loss is such a significant issue, because you lose both roosting and food sources. Bearing in mind that for key habitat tree species it takes 120 years or so for the trees to grow back to a size with suitable tree hollows for the birds to inhabit, it really demonstrates the need to save these old-growth trees,” he said.

“You’ll just lose the population, they won’t hang-around for 120 years waiting for those hollows.”

Mr McLellan thanked all of the local volunteers who took part in the count, and also expressed thanks to all of the farmers and community members across the Northern Agricultural Region who are helping to protect Black cockatoo habitat. He particularly singled-out the Moore Catchment Council that has been doing some great work to help save Black cockatoos across the Moore catchment.

Visit the NACC website for more information about Carnaby’s Black-Cockatoos.

Stayed tuned to NACC Notes for the official Great Cocky Count results and previous results can be found on the Birdlife website.

The event was proudly supported by BirdLife Western Australia and Northern Agricultural Catchments Council through funding from the Australian Government’s National Landcare Programme.