They say when it rains it ‘paws’; forecasting the weather and predicting the climate is a tricky business.

The folks at Climate Kelpie have done the hard yards to round up climate tools and information for Australian farmers and their advisors.

When the Climatedogs are behaving themselves and working together well as a team, they muster in moisture from the oceans and allow it to fall as rain at the right time of year.  But, just like real dogs, they don’t always work how or when we want them to and some (like Enso) are more reliable than others (like Sam). Sometimes they scatter the mob and chase rainfall away from Australia. In recent years, some of the Climatedogs have changed their behaviour and become less predictable, contributing to variability and changes in weather patterns that many farmers have experienced.

Many new and improved tools can help farmers keep an eye on the pack, understand seasonal forecasts and manage climate risks. The Climate Kelpie team produce a monthly national forecast based on data from the Bureau of Meteorology. Each forecast includes a summary of what the Climatedogs are up to, and what that means for temperatures and rainfall over the next three months.

You can also access regional weather and climate guide for the Northern Agricultural Region via the Climate Kelpie site as well as a large number of useful decision-support tools specifically tailored for Australian farmers. Decision-support tools include the Cattle Heat Load Toolbox, several soil water tools and Yield Prophet for grains.

CLIMATE KELPIE IS A CREATION OF THE MANAGING CLIMATE VARIABILITY R&D PROGRAM. You can read more about it, and access all the information and tools described above, by clicking here. 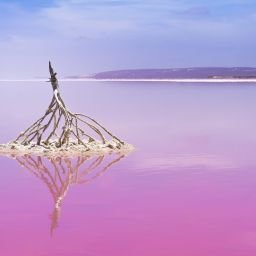 Regional Vision and Goals for Water

Hopefully Climate Kelpie can assist our farmers in navigating this year’s weather!