The Great Cocky Count, which happens every year in autumn, is an event where Black Cockatoos are counted at known roost sites. 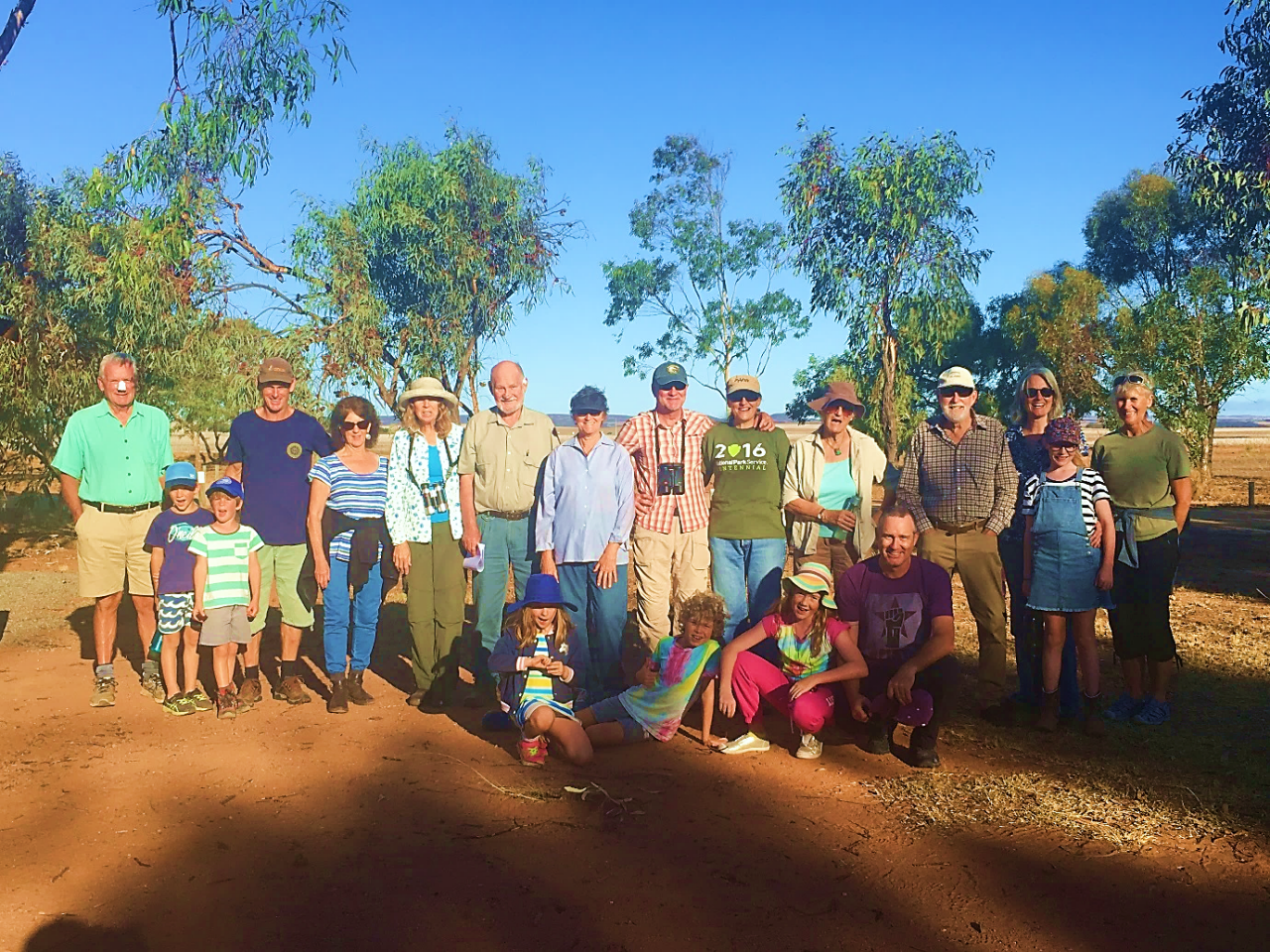 This autumn was no exception, with a crew of keen citizen scientists, adults and children alike, gathering at Fig Tree Crossing in Chapman Valley last Saturday for the big count.

Everyone enjoyed afternoon tea, provided by NACC, before choosing a roost site to visit nearby.

The #GreatCockyCount has started! Having a yummy afternoon tea to fuel up before we head out to look for black cockatoos @NACC_NRM @BirdlifeOz #PeopleofNRM pic.twitter.com/cB6vXWauYF

Vanessa Brown, Bushcare Officer at NACC, joined a group monitoring a roost site at the Chapman Valley Fishing Park. And it definitely proved to be ‘the place to be’, as a flock of Carnaby’s Black-Cockatoo (Calyptorhynchus latirostris) were sighted moving southeast over the Fishing Park.

Wow our first sighting – a huge flock of white tail black cockatoos! Looking like a good start to the #GreatCockyCount pic.twitter.com/I5EOHCccdB

Everyone in the group was excited to see the flock, especially as some of the birds stopped in a tree close to the road.

Peter, one of those involved in the Great Cocky Count was very lucky as he saw an adult Carnaby’s Black-Cockatoo feeding two juveniles as they begged for food.

Heather, a member of birdlife said “I love the way they talk to each other and preen each other, they are magnificent birds”.

This year, the tenth year of the Great Cocky Count, more than 100 Carnaby’s Black-Cockatoos were sighted at the Chapman Valley Fishing Park. Although this may seem like a high number of birds, Sally, cofounder of Birdlife Midwest Geraldton, explained that in the past, their group has seen over 350 Carnaby’s Black-Cockatoo at nearby roost site in Chalnooka.

Carnaby’s Black-Cockatoo populations have declined by over 50 per cent over the past 45 years, and are threatened by habitat fragmentation, removal of nest hollows, competition for nest hollows, loss of native food sources, poaching and competition from invasive species.

Sally said “the count was still a great success, with so many people joining in to count black cockatoos. However, the group would love to see more people get involved, not only in the Great Cocky Count, but in a number of other ways.”

More Information about how you can get involved : http://www.birdlife.org.au/projects/southwest-black-cockatoo-recovery/want-to-get-involved-swbc)

This project is supported by the Northern Agricultural Catchments Council and Birdlife Midwest Geraldton, through funding from the Australian Government’s National Landcare Program.