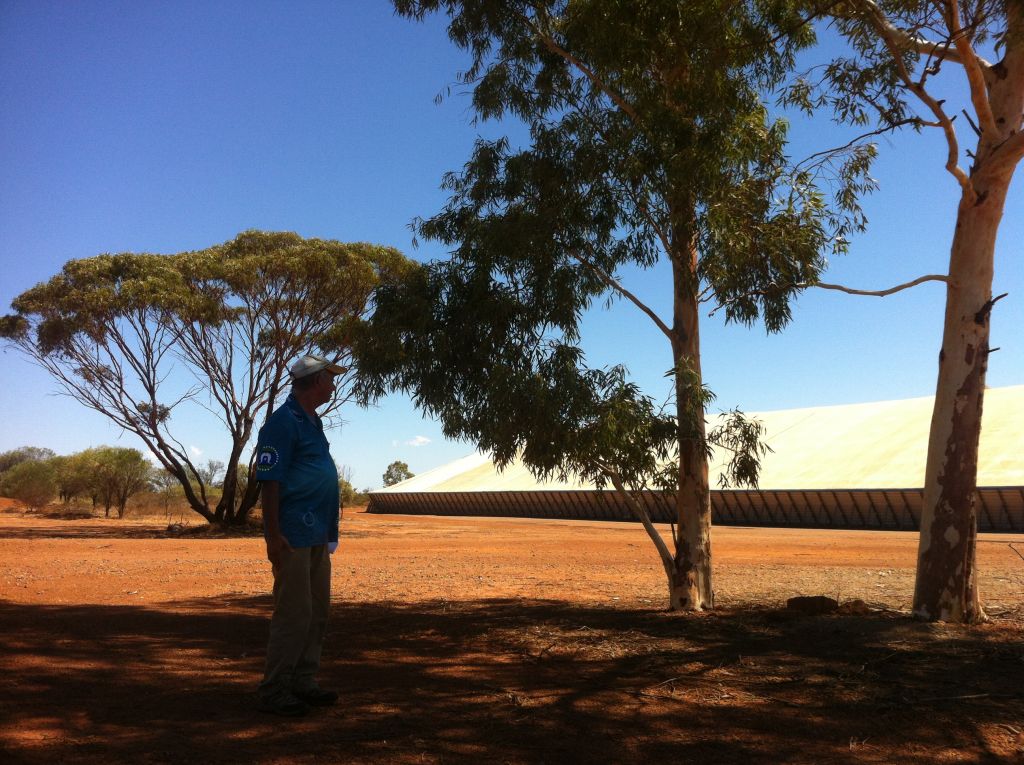 The NACC team recently took a trip to Coorow for the Productive Farming Future Forum, and were accompanied by Amangu and Badimia Yamaji Elder, Graham Taylor.

Mr Taylor was born in Three Springs and grew up on a farm in Coorow, so it was only natural he wanted to reconnect with familiar ground. 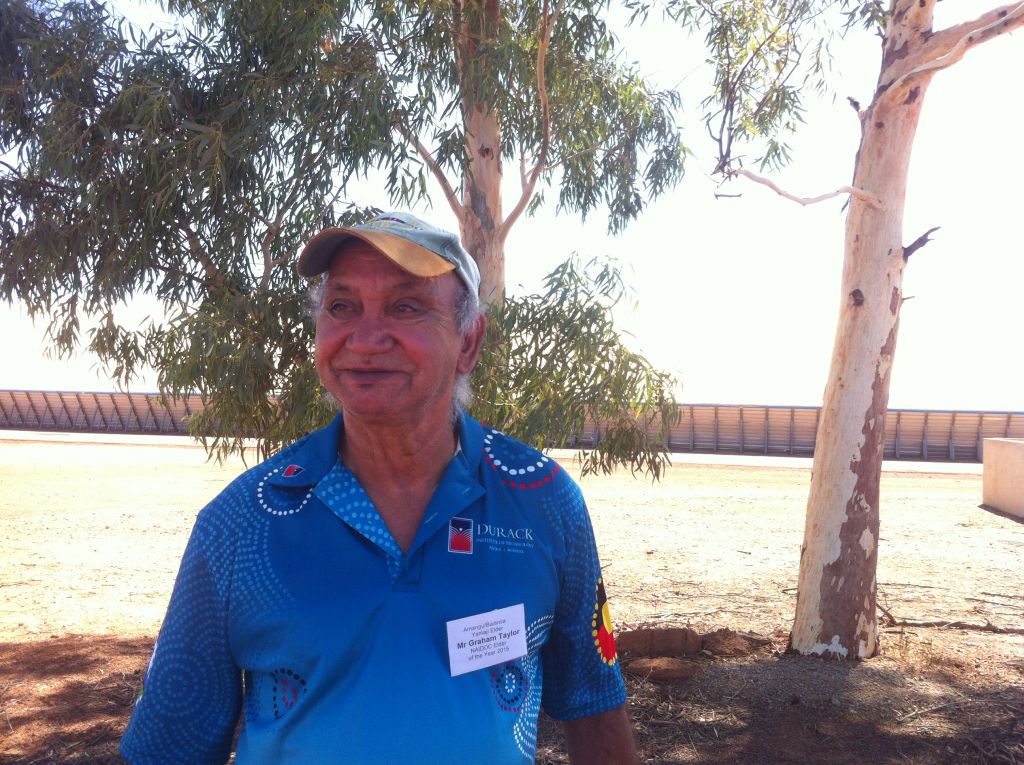 The Forum provided Mr Taylor with a rare opportunity to go back to Country and also to perform the Welcome to Country ceremony in his Mothers Country, while at the event in Coorow.

Mr Taylor explained to NACC’s Aboriginal Liaison Officer Bianca McNeair that he had spent most of his childhood in and around Coorow. Hot days were spent swimming in the lakes with family and friends, hiding cool drink in the creek and looking for bush food.

He remembers the Aboriginal Reserve and the places they would go to find mushrooms. We stopped at the site of his childhood home where only trees remained.

Those lakes are gone and the creeks have dried up now but his story remains. His passion and dedication to his role as an Elder has inspired many Aboriginal youth and humbled many Adults also.

Mr Taylor has made a significant contribution to the Australian Defence Force and now inspires Aboriginal youth. He is also the recipient of the National NAIDOC Male Elder of the Year Award 2015.

You can read more information about this inspiring member of our community in a recent article about Mr Taylor’s achievements.