Change is the only certainty – how we adapt is the key.

Geraldton community members turned-out in force to have their say on how the City of Greater Geraldton can best plan to adapt to future increased sea level rise and storm surge inundation resulting from climate change.

As part of its Coastal Hazard Risk Management and Adaption Planning (CHRMAP) process, the City conducted an extensive community engagement workshop last Saturday. The aim of the workshop (and related online survey), was to provide Geraldton residents to provide feedback on how they think Gerladton’s coastline should look like in the future.

The workshop started with participants identifying key coastal assets – by placing coloured labels, each representing a key natural, economic or cultural asset – on a map of the Geraldton coast.

Participants were then asked to assess the likely consequences of inundation and erosion on each asset – from insignificant all the way up to catastrophic.

Finally, everyone was provided with five black stickers to enable them to “vote” for the assets they considered most important. The result was a series of maps showing community priorities for asset protection that will be taken into consideration by the City when developing the next stage of the CHRMAP process – adaptation planning.

NACC has supported the City’s community engagement activities relating to this CHRMAP process – though membership of the project steering group, and assisting with communication.

NACC Coastal and Marine Program Coordinator Mic Payne said it was reasonable to expect that most community members would be focused on protection of economic assets such as houses and other infrastructure.

“I was surprised and delighted however, to learn how many natural assets were also prioritised for consideration,” he said.

“These included our beautiful beaches and natural dune systems, as well as areas of rare vegetation and places of significance to local Aboriginal people. These assets are integral parts of what makes Geraldton such a great place to live.”

During the workshop, healthy coastal dune systems were acknowledged as important “first line” defence structures to protect against coastal erosion and inundation.

Any members of the community who missed out on the workshop, but would still like to make a comment, are asked to please complete the online survey here by Monday 23 October, 2017.

NACC’s support for the City’s CHRMAP process was made possible through funding from the Australian Government’s National Landcare Programme. 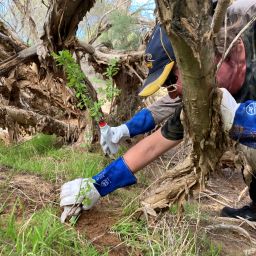 Thinking Outside the Box to Blitz Boxthorn 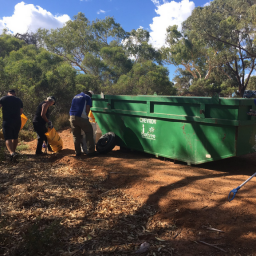