When it rains it pours, and, this winter, you won’t hear any farmers complaining about that.

The recent rains have been a welcome sight for many living in the Northern Agricultural Region (NAR), especially our farmers.

During July and early August, some areas in the region received more than 100mms of rain.

Not only did the rain put a smile on most farmer’s faces, it has also brought new life to our natural landscapes – including the region’s estuaries.

The nature of estuaries

There are six major estuaries located within the NAR, most of which are only a few kilometres in length.

The low and seasonal rainfall that falls on their catchments, combining with the wave dominated coast, means that the mouths of these estuaries are normally blocked by sandbars – frequently for the entire year.

The single exception to this in the Murchison River estuary, where the extensive reef system and large oceanic swells prevent a sandbar from forming.

In the colder months

Winter rains that fall in estuary catchments slowly make their way down to the river mouth.

If enough rain has fallen, then the rising water level breaches the sandbank to reconnect the estuary and the sea.

This natural cycle and seasonal flushing has many benefits including oxygenation, flushing of nutrients and sediments, and movement of organisms both in and out of the estuary system.

Estuaries are aptly named “nurseries of the sea”, being critical habitats for the survival of many species of fauna such as birds, mammals and fish.

They are also critical habitat for seabirds and shorebirds – many of which travel thousands of kilometers from the northern hemisphere to spend the spring and summer months in Australia.
In addition to these important natural functions, estuaries have a high social and cultural value in the NAR.

Aboriginal groups in the region also have a strong affiliation with estuaries. Traditionally and today, they provide a lifeline of food and spiritual connection with associated customs and beliefs, trade routes and camping sites.

What we can do about it

Our estuaries are under threat from all sides, particularly nutrient and sediment run-off from cleared catchments, urban development around the mouths, and intensifying recreational use.

NACC has a number of projects aimed at addressing some of these threats, including a fledgling water quality monitoring program for the Moore estuary, and weed removal and revegetation around the Irwin estuary.

Other organisations are also doing their bit – such as the Moore Catchments Council with interpretative signage for the Moore estuary, and the City of Greater Geraldton with weed control and revegetation around the Chapman estuary. 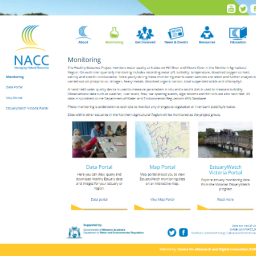 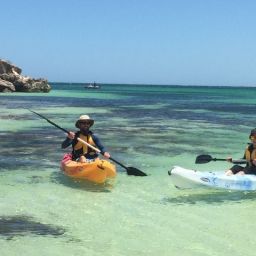 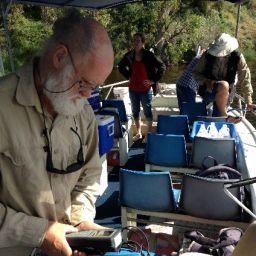 Volunteers dive in to estuary monitoring