It’s been a huge week for NACC as we hosted the second WA Threatened Species Forum in Geraldton – in collaboration with the state’s other six natural resource management groups (NRMWA), and the Department of Biodiversity, Conservation and Attractions.

The event was attended by about 170 delegates, mostly from WA, but some from other states, and even a couple of VIP presenters from overseas (Dr Carlos Drews from the US-based Jane Goodall Institute, and Professor Mark Burgman – on the big screen, all the way from Imperial College in London.)

Many of the delegates took the opportunity while they were here to see a bit more of the country, either via one of the conference field trips – to Kalbarri National Park or the Abrolhos islands, or on their own journeys looking for wildflowers and other attractions. Dr Drews for example, spent two weeks in the region, on a self-drive tour looking at the sights between Perth and Ningaloo.

Another additional spin-off from the Forum was a visit to the region by a tour group from the University of Western Australia Alumni Office. Along with fellow Threatened Species Forum presenter Professor Stephen Hopper, I hosted the group on Saturday for a day of exploration of the region’s Aboriginal heritage. 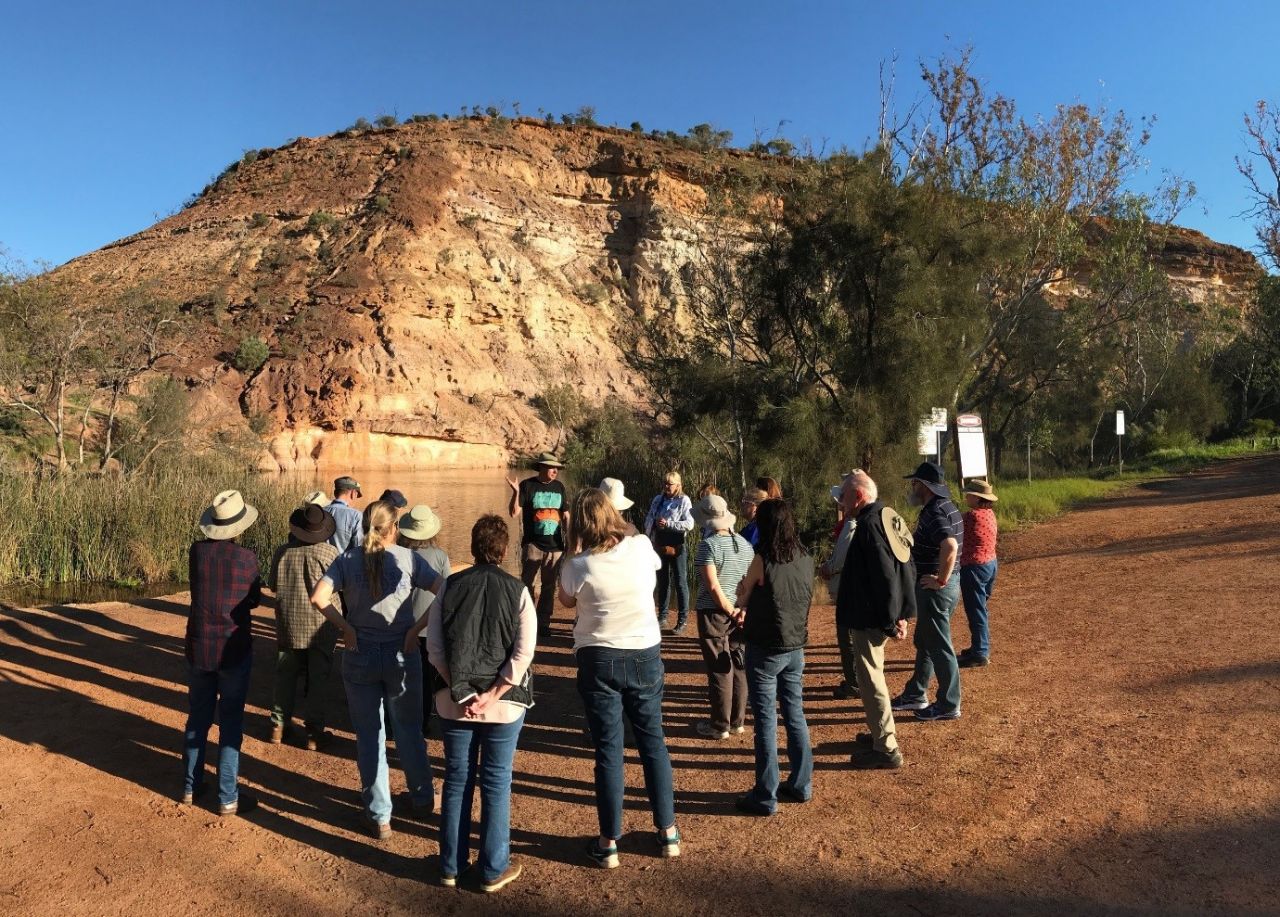 With great support from NACC Aboriginal Program Coordinator Bianca McNeair (who unfortunately couldn’t join us on the day) and the Bundiyarra Aboriginal Corporation, we introduced the tour group to a ‘snapshot’ of local Aboriginal heritage via a whirlwind tour of a number of easy-to-reach sites on the “Yamaji Drive Trail”.

After a welcome to Jambinbirri (on the foreshore at Champion Bay), we visited the Warlgu Walk Trail (in Rangeway/Utakarra), the Bootenal Springs commemorative site (near Greenough), and Ellendale Pool on the Greenough River, before returning to Geraldton for dinner at the Bundiyarra Aboriginal Corporation complex.

There, the group was treated to an entertaining performance by the Rangeway Didgeridoo Boys, followed by a magnificent dinner of damper and kangaroo-tail stew – catered for by Jenny Clayton and Gloria Fogarty (and their ‘assistants’ Penny and Ricky). This was all experienced under the stars around the giant new fire-pit recently established at Bundiyarra. It was a marvellous finale to the day, with Jennifer and Gloria joining the tour group “around the campfire” after dinner for a wonderful yarn. The ‘yarning’ could have gone on all night, but the time came to finish the tour and get the group back to their accommodation. 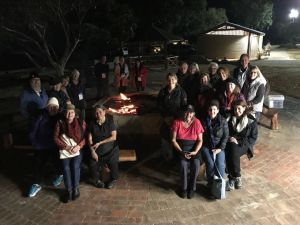 The new fire-pit and bush kitchen at Bundiyarra is a wonderful new facility in Geraldton which I can thoroughly recommend to anyone wanting to hold an event or function that would benefit from this kind of cultural experience. For more information, visit the Bundiyarra website.

Back to the Future Forum