After 20 years of “community kindness”, local land stewardship and conservation champion Yvonne Marsden has stepped-down from the NACC Board of Directors.

Those who know Yvonne well will also know that she “won’t be going lightly” and will still be involved in all things NACC, and making a contribution in one way or another, but she is taking a well-earned break from her official NACC Board Director duties and responsibilities.

Yvonne said she developed her love for the land while growing-up in a small country town in WA’s South West, and her passion and interest has continued to grow from there.

She eventually purchased her own farm, 30 kilometres east of Geraldton, in 1989, and many years later, is still enjoying every moment of her “life on the land”.

Since its inception in 1997 (as NAIMS), Yvonne has fulfilled many roles at NACC, most recently serving as the secretary of the Board. She also served for many years as treasurer.

When asked about some of the highlights during her time at NACC, Yvonne said she was particularly excited by a number of current projects that had come to fruition in the last couple of years at NACC.

“For example, I am really thrilled to see the Midwest Aboriginal Ranger Project come to fruition,” she said.

“I have always believed that Indigenous people have the most intimate connection to this country, and that this unique knowledge and perspective could be incorporated into so much of our land management and our tourism industry.

“Through this project, I like the fact that NACC is providing an opportunity for traditional custodians to get back onto land, and to tell their stories which I think is a win-win for all Australians.”

Yvonne said her time on the NACC board had taught her a lot about how to establish and develop an organisation.

“For example, when I first joined the organisation 20 years ago, we didn’t have any policies or procedures in place – we were just a fledgling committee and management group,” she said. “But we’ve sure come a long way in the past two decades. NACC is now one of the best NRM groups in the entire country.

“I’ve loved being on the Board, and have learnt a lot of skills that I have been able to apply to other groups and organisations that I’m a member of here in Geraldton.

“I think NACC is in a really good space at the moment – the organisation is in good shape, doing great work, and the team is looking ahead to the long-term future – which is really important. I also like the wonderful and strong focus on the value of volunteers.”

In making the induction announcement, NACC CEO Richard McLellan congratulated and thanked Yvonne for all of her years of service and contribution.

“Yvonne will be missed on the NACC Board, but not from the region’s NRM ‘family’ … as I know she will continue to be tireless in her contributions to our environment and communities.

“On behalf of everyone at NACC, and the region, I’d like to say a genuine ‘thank-you very much Yvonne. 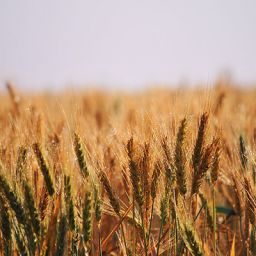 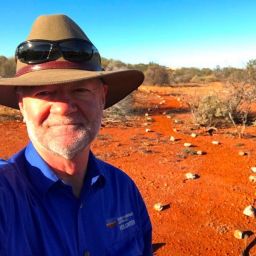 A changing of the guard

Thank you Yvonne for the 100% dedication you have given to the communities of the Midwest & NACC for as long as I can remember. Enjoy a bit of time out now.