On-ground outcomes, capacity-building and community engagement were the key foci in several of the organisations and projects that won awards on the night.

Seven categories were presented at these inaugural awards, with the major award – 2016 Outstanding NRM Award – presented to the Australian Wildlife Conservancy for their community engagement and conservation management at Mt Gibson Wildlife Sanctuary.

Janet Richards from Ledge Point took out the equivalent individual category as the winner of the 2016 NRM Leadership Award for her coordinating role at Ledge Point Coastcare Group which has included crucial revegetation and protect works at Ledge Point since 2008.

A number the region’s long serving NRM champions were also saluted on the night with their names added to a new Regional NRM Leadership Honour Roll as an accolade to their contribution to land and sea stewardship in the region over many years.

NACC CEO Richard McLellan said “It was an honour for NACC to be able to recognise not only the current champions of natural resource management in our region through these awards, but also the many other individuals who have made significant contributions to NRM over the years”.

“We have some amazing people in our community and beyond who work tirelessly to protect, manage and restore our natural assets on behalf of all of us,” he said.

“NACC looks forward to adding more names to the Honour Roll next year – our 20th anniversary year – and to further recognising the hundreds of people in our region who volunteer their time and effort so generously.” 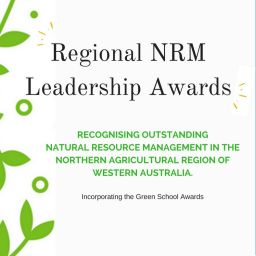