While much of the summer months were spent undertaking training in essential field skills such as Senior First Aid, traffic control, and HR licences, now that the weather has cooled, it’s time for the rangers to get out and about and active on a new range of field projects.

The Midwest Aboriginal Rangers have been active on a range of projects across Yamaji and Noongar landscapes – from Malgana Country near Shark Bay, down through Nanda Country, across to Badimia Country, and down to Yued country near Wedge Island.

One such project involved a group of Aboriginal Rangers employed by Western Mulga teaming-up with staff from the Department of Biodiversity, Conservations and Attractions (DBCA) to complete extensive works at Meanarra Hill Lookout, near Kalbarri, in preparation for the huge influx of tourists prior to the recent Easter holidays.

Heavy lifting, hot weather, and the notorious Kalbarri bush flies, did not deter the team of Aboriginal Rangers assisting DBCA to rearrange limestone rocks, and arrange brush along the paths at the lookout to help reduce erosion and encourage visitors to stick to the designated pathways.

Using equipment such as jack hammers – to break rock in able to install fence posts for gates and fencing around firebreaks – was just one of the many tasks performed by the Aboriginal Rangers.

Since the MARP kicked-off last year, rangers from the DBCA and Western Mulga have collaborated on a number of projects to undergo and complete training, obtain certification, and conduct environmental conservation works.

NACC Aboriginal Participation Project Manager Greg Burrows said the work that the Aboriginal Rangers have completed not only greatly assisted DBCA, but also helped the teams to acquire a range of new skills.

“We are pleased to see the rangers adding new skills to their repertoire, and are looking forward to seeing them continue using  these skills into the future, including when working with other organisations, thus expanding their work opportunities,” he said.

The Midwest Aboriginal Ranger Program is supported through funding from the Department of Prime Minister and Cabinet. 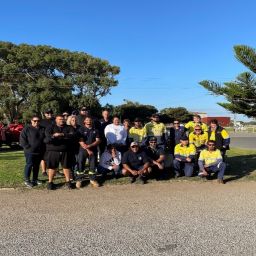 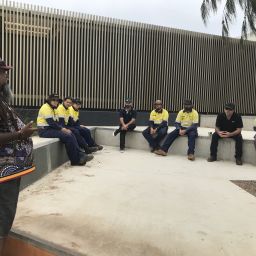 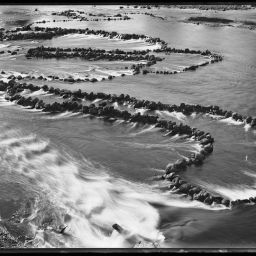