A Yuna-ited Front In Pest Management

Earlier this month members of the Yuna Farmers Improvement Group gathered for the hop-ortunity to collaborate their autumn pest management efforts. 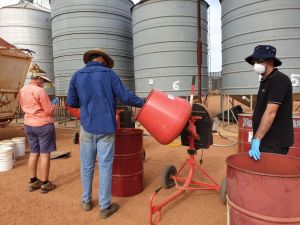 More than a dozen land managers attended the event, which was organised and funded by the Northern Biosecurity Group (NBG).

NBG Coordinator Marieke Jansen said ‘it was great to see so many landholders working together and recognising the benefits of a collaborated approach to pest management’.

This project provides local land managers with incentives for pest control, fencing and revegetation to support Malleefowl populations across the region.

Malleefowl populations in WA have been negatively impacted by threats such as habitat loss, altered fire regimes and predation by exotic species such as foxes and overgrazing by introduced herbivores. 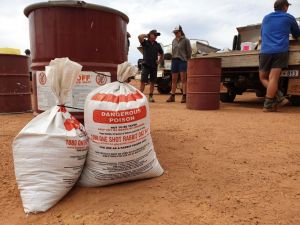 “Rabbits destroy plants and can stop them regenerating by eating the seedlings, they compete with native grazing animals for food and even boost the number of predators like cats and foxes.”

“This means that the control of rabbits and other pest species like pigs and foxes is an important part of an integrated management plan for many of Australia’s threatened species including Malleefowl, and collaborated efforts such as NBG’s Yuna baiting day help with the management of threatened species across the region.”

For more information about how you can be involved in protecting Malleefowl habitat in the Northern Agricultural Region please contact NACC’s Bushcare Officer Jarna Kendle on (E) Jarna.kendle@nacc.com.au or (P) 9938 0108.

Gnow or Never: Supporting Communities to Save Malleefowl is supported by NACC NRM, through funding from the Australian Government’s National Landcare Program.